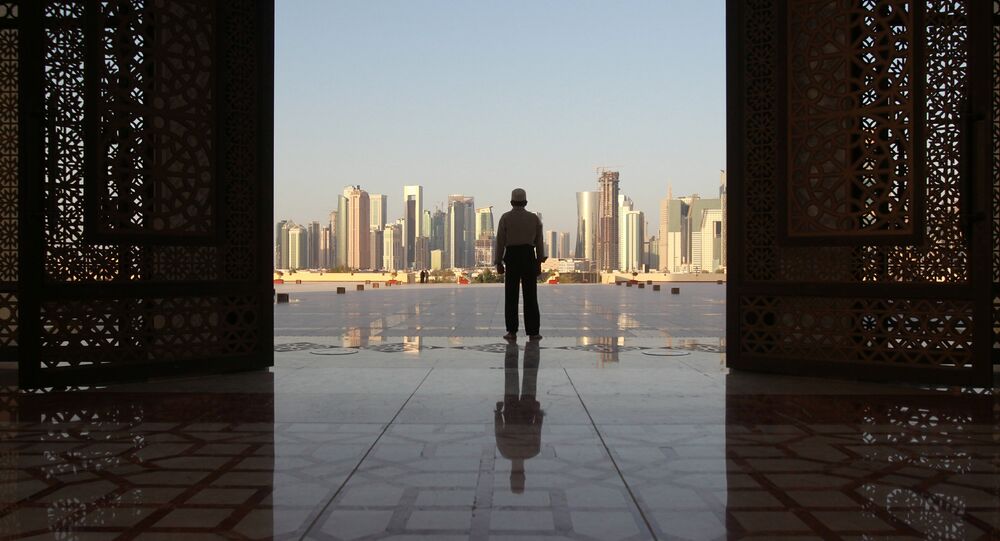 Amid the diplomatic row in the Persian Gulf, Qatar could yield to certain concessions in Syria to be able to embrace full-fledged cooperation with Russia and set up sound ties with Iran and Turkey, Vitaly Naumkin, a Russian adviser to UN Special Envoy for Syria Staffan de Mistura, told Sputnik.

"We could expect Qatar to yield to certain concessions in the Syrian conflict and give up on its active support of the most persistent and unwilling to reach a compromise radicals," Vitaly Naumkin, Director of the Russian Academy of Sciences’ Institute of Oriental Studies, the Chair at the Faculty of World Politics at the Moscow State University and the Russian adviser to UN Special Envoy for Syria Staffan de Mistura, told Sputnik.

© Sputnik / Valery Melnikov
Saudi Arabia 'Simply Unable to Open a Military Front Against Qatar'
Naumkin talked to Sputnik on the sidelines of the International Forum "Primakov Readings", held in Moscow in memory of Yevgeny Primakov, Russian outstanding politician, journalist, and academician of the Russian Academy of Sciences. The Forum, which brings together politicians, diplomats, journalists, and, above all, members of the academic and expert communities, have entered the top ten on an international rating of the most prestigious conferences on foreign policy issues.

The expert suggested that Doha could stop spoiling the peace process and impeding Russian attempts of peaceful settlement of the Syrian conflict and opt for cooperation with Moscow. It is also interested in setting up sound ties with Iran and Turkey.

However he noted that sooner or later the Persian Gulf monarchies will start searching for ways to end up the current diplomatic crisis. With regards to Russia, Naumkin reminded that Moscow has taken up an equi-distant position in this conflict.

"If we look at the key players in this conflict, we will see that we have pretty constructive relations with a number of participants. We are not interested in any polarization in the region, in the split into warring and antagonistic blocs,  and we should not side with anyone, as the US has been doing," he said.

© REUTERS / Qatar News Agency
Qatar Could Restore Peace With Neighbors Soon, But 'They Won't Forget Turkey's Take on the Crisis'
He further described as short-sighted the openly anti-Iranian position of Donald Trump, which he took up right after his trip to Saudi Arabia, thus siding with one of the parties to the conflict.

On June 5, Saudi Arabia, Bahrain, the UAE, and Egypt cut off diplomatic relations with the tiny Persian Gulf emirate of Qatar, accusing Doha of supporting terrorism and destabilizing the Middle East. The Maldives, Mauritius, Mauritania, Comoros, Somaliland, the Aden-based government of civil war-raged Yemen, and the Tobruk-based Libyan government soon joined them, with Jordan, Djibouti, Senegal and Chad lowering diplomatic contacts with or recalling their ambassadors from Doha.

Moscow has been watching the diplomatic crisis very closely, and has stressed the need to resolve the conflict peacefully, offered emergency food supplies to Qatar, and called for direct negotiations between Doha and the other Arab states to resolve the crisis.

© REUTERS / Qatar News Agency
Saudis Won't Resort to Intervention in Qatar While Turkey is There, in Fear of NATO Response
However on June 23, Saudi Arabia, Bahrain, the United Arab Emirates and Egypt handed a 13-point ultimatum to Qatar. The list contains demands Doha needs to meet in order to restore ties with other Arab nations.