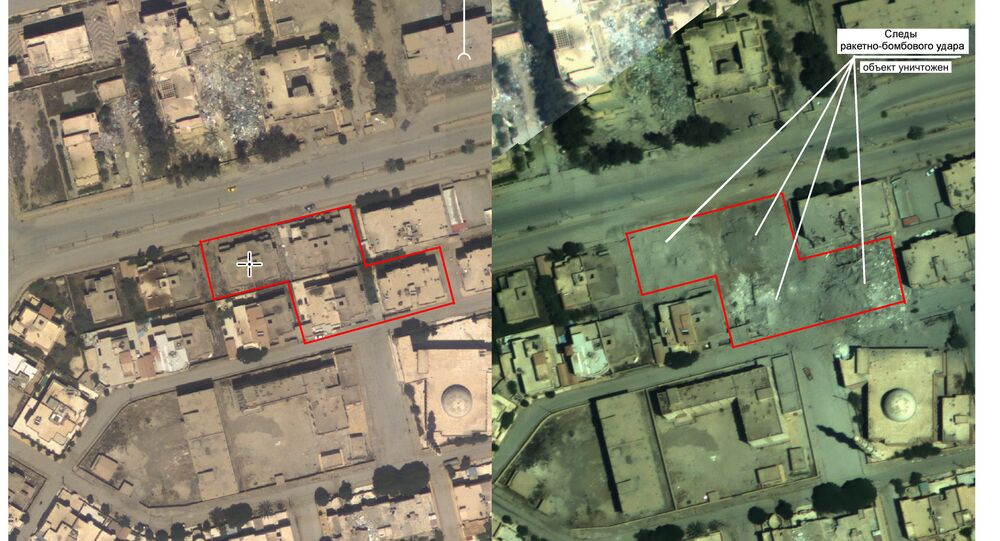 The Russian Defense Ministry released on Friday a photo demonstrating the results of the Aerospace Forces, conducted on May 28 against the headquarters of the Daesh (ISIS) terrorist group in the Syrian city of Raqqa.

© Flickr / Thierry Ehrmann
What We Know About Daesh Terrorist Group Leader Abu Bakr Al-Baghdadi
MOSCOW (Sputnik) — The Russian Defense Ministry released on Friday a photo demonstrating the results of the country's Aerospace Forces' airstrike conducted on May 28 against the headquarters of the Daesh terrorist group in the Syrian city of Raqqa.

However, the photo dated May 28 shows that the buildings hit by the Russian airstrike have been completely destroyed.

Earlier in the day, the ministry said that it was verifying information that Daesh leader Abu Bakr al-Baghdadi could have been killed in a Russian Aerospace Forces strike, carried out on May 28.

Senior Daesh Media Producer Killed in US Airstrike in Afghanistan