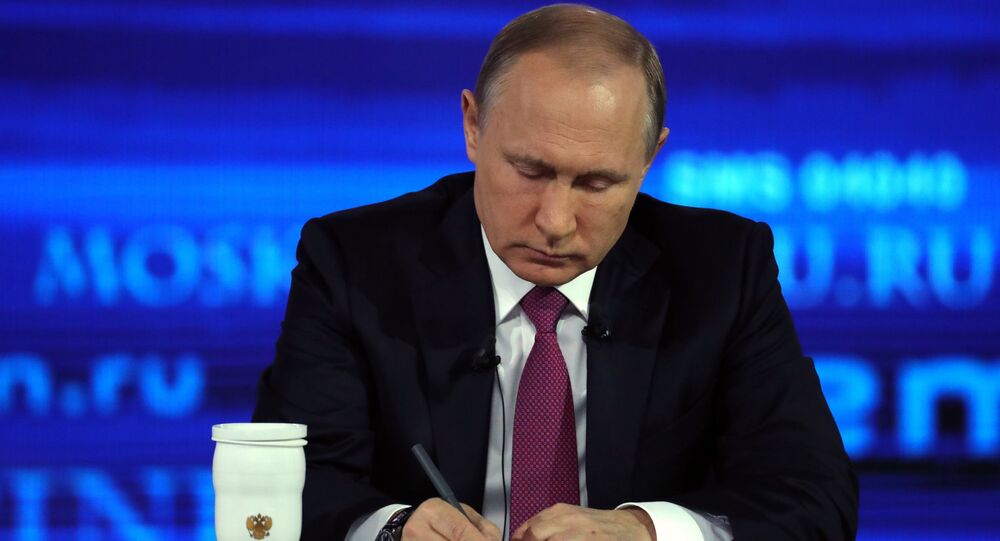 Vladimir Putin stated that anti-terror operation in the crisis-torn Syria was beneficial for the Russian defense industry.

© Sputnik / Mikhail Klimentyev
Russia, US Can Agree, Work Together on Issues Including Iran, Syria - Putin
MOSCOW (Sputnik) – The anti-terror operation carried out by the Russian Armed Forces in the crisis-torn Syria was very beneficial for the Russian defense industry, Russian President Vladimir Putin said at his annual "Direct Line" session on Thursday.

"[This operation] is a significant benefit for our defense industry. The use of advanced weapons allowed us to better understand the principles of their use in combat conditions and to make certain changes to the quality of these advanced weapon systems. We have already known that these arms are good and could be used, but when we tested their capabilities in combat conditions — it is a different story," Putin said.

The Russian leader added that representatives of the defense industry had paid a number of visits to Syria to observe the capabilities of weapons and make necessary changes.

Russian troops will only be deployed in Syria's Tartus naval facility and the Khmeimim air base in the future, however, the Russian Armed Forces will support the Syrian government army if necessary, Vladimir Putin said during his annual "Direct Line" call-in session on Thursday.

"Our task for the near future is to raise the level and combat capability of the armed forces of the Syrian Arab Republic and quietly return to those bases in Syria that we created there, the Khmeimim air base and the Tartus naval base, and thus to allow Syrian troops to function effectively and achieve the results they need. But if it is necessary, it is possible to provide them with support in solving problems with terrorist organizations, let's say using combat aircraft. These are our plans," Putin said.