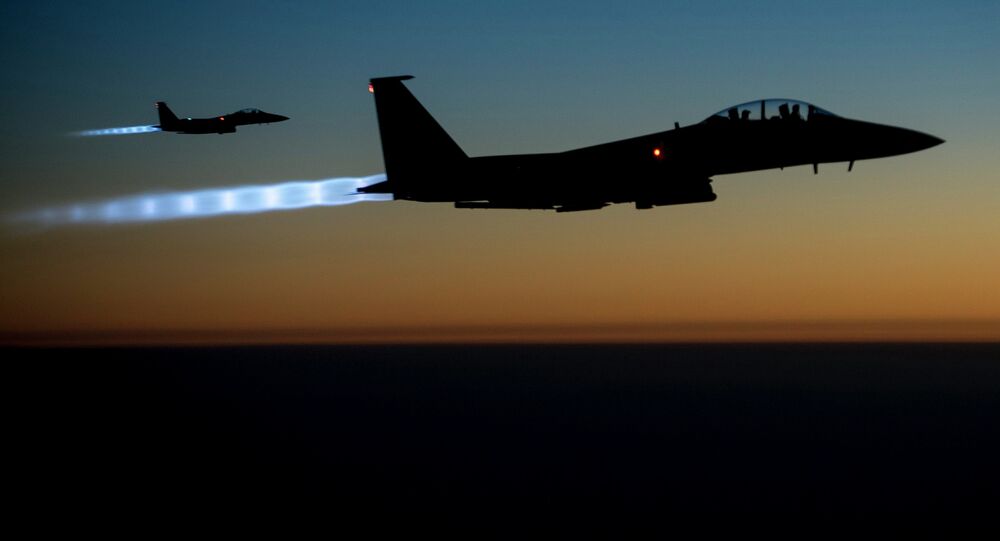 The number of civilians killed in an airstrike carried out by the US-led coalition against Daesh terror group in the Syrian city of Raqqa, has exceeded 30, a source told Sputnik on Friday.

DAMASCUS (Sputnik) — The source said the coalition carried out airstrikes in five other areas of the city.

"More than 30 people were killed as a result of the airstrike by the coalition aircraft on the Internet club in the Jazra area in Raqqa," the source said.

© REUTERS / Rodi Said
Russian Forces in Syria Monitoring Situation in Raqqa As Militants Leaving City
On Thursday, the Syrian Sana news agency reported that 14 civilians were killed as a result of the airstrikes.

The US-led coalition of 68 nations is conducting airstrikes, ground-based and rocket-propelled artillery fire in Syria and Iraq against Daesh.

The coalition supports the Syrian Democratic Forces (SDF), which predominately consists of Kurdish fighters, but also includes members of the Syrian Arab Coalition. On Tuesday, the SDF announced the beginning of the final offensive to recapture Raqqa, Daesh's de facto capital.