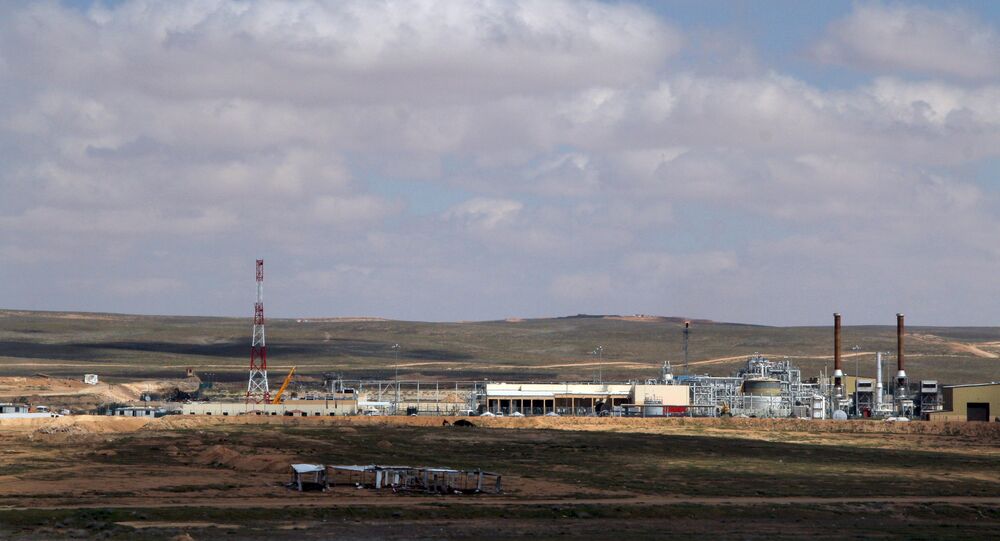 According to the Russian Defense Ministry, the Syrian army's advance near Palmyra has deprived Daesh terrorists of control over a gas field.

MOSCOW (Sputnik) — As a result of the fighting near the Syrian city of Palmyra, Daesh terror group lost the Shaer gas field, which deprived it of the income gained from illegal production of hydrocarbons, Commander of the Russian military group in Syria Col. Gen. Sergei Surovikin said Friday.

"During the fighting the terrorists were ousted from the Shaer gas field, which inflicted a significant damage to the terrorists' economic potential having deprived them of incomes from the illegal production of hydrocarbons."

© AFP 2020 / YOUSSEF KARWASHAN
Syrian Army Regains Control Over Oil Field Near Palmyra
"The Syrian army gained control over three settlements and 66 strategically important heights near Palmyra. The government troops approached to the Arak settlement, whose seizure will create conditions for further development of the offensive on As Sukhnah and Deir ez-Zor," Surovikin said at a press briefing.

In March, the Syrian army liberated another oil and gas field near Palmyra from Daesh.