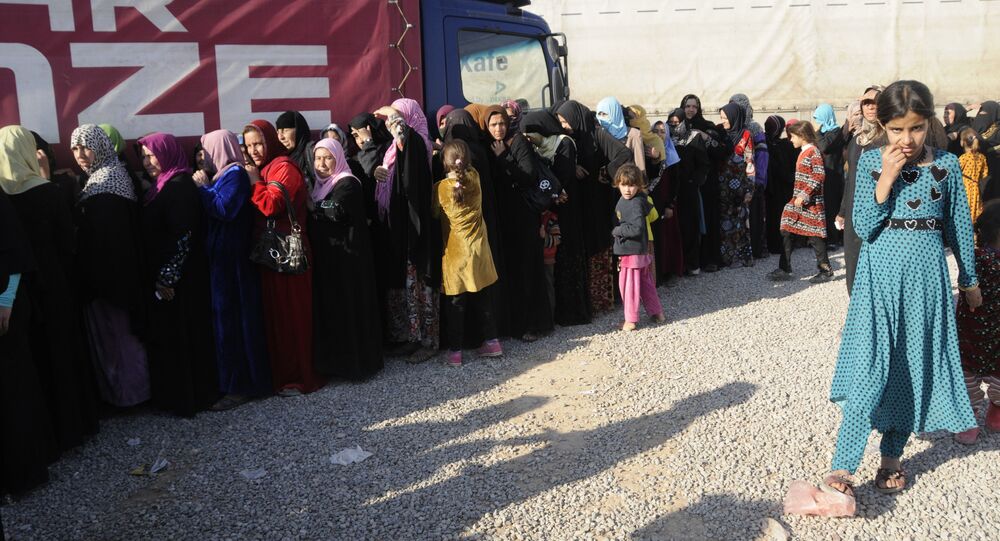 The Iraqi army has imposed a temporary ban on wearing Islamic veils, which cover the face, such as the burqa and niqab in newly liberated areas of Mosul, local media reports.

© AP Photo / Felipe Dana
Less Than 1000 Daesh Fighters Remain in Mosul - Coalition
The new security measure has been implemented in order to improve security during the month of Ramadan as coalition forces battle to retake the last neighborhoods from militants.

Ramadan is a holy month for Muslims during which they fast from sunrise to sunset. The month is dedicated to prayer and abstinence from worldly pleasures.

Unfortunately, this month did not stop terrorists from carrying out attacks on civilians.

Hence, the authorities in Mosul are taking all sorts of measures to protect people from jihadists.

A statement from the local police said that both the burqa and niqab would temporarily be banned so that Daesh militants could not disguise themselves as women in public places and carry out attacks.

The order came into effect on the first full day of Ramadan. Using motorcycles, which have been used in the past to carry out terrorist attacks, has also been banned for the duration of the month.

The Iraqi operation to recapture Mosul, the key stronghold of Daesh in Iraq, began in October 2016 and resulted in the liberation of Mosul’s eastern part this January.

Fighting continues in the city's west, with Iraqi forces closing in on the Old City.