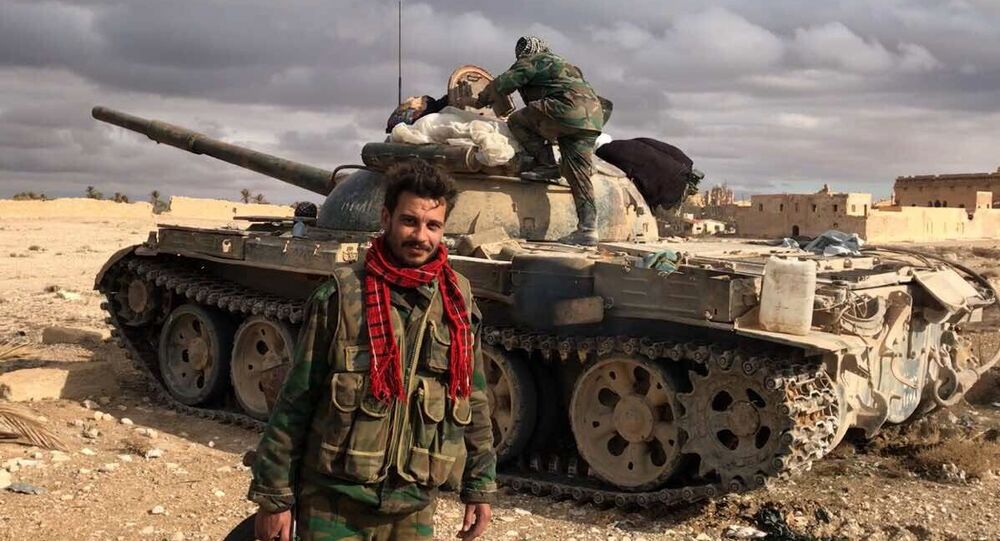 The Syrian Arab Army has managed to secure over 5,000 square kilometers of the Syrian Desert from the clutches of Daesh (ISIL/ISIS) during the first stage of a major military action called Operation Grand Dawn.

© REUTERS / Rodi Said
Russia is Always One Step Ahead in Syria: Here is Why
The offensive also allowed the military to secure key elevated positions allowing it to restore traffic along the Damascus-Palmyra route.

A Syrian army officer told Sputnik Arabic that government troops successfully completed a military operation in the vicinity of the phosphate deposits near Khneifis, and liberated the villages of Al Barda, Al Basiri and al Ulyaniya.

According to the source, establishing control over elevated positions allowed the Syrian troops to better survey the surrounding territory and coordinate infantry operations.

The soldiers also managed to uncover a number of Daesh tunnels and dugouts which contained hidden caches of weapons, food and medical supplies.

All objectives of the first stage of Operation Grand Dawn – secure the Damascus-Palmyra route and the Khneifis phosphate mines and factories (chief source of this mineral in Syria) – have been accomplished.

This success also weakened the Daesh hold on the Damascus-Homs route, and allowed the government forces to encircle the US-backed militants near Eastern Kalamun, the officer added.

It should be noted that the aircraft of the Russian Aerospace Forces provides air support to the advancing Syrian government forces, and have recently dealt a serious blow to the Daesh logistic’s chain by obliterating a number of terrorist supply convoys.

No Mercy: EU Extends Sanctions Against War-Torn Syria Until June 1, 2018