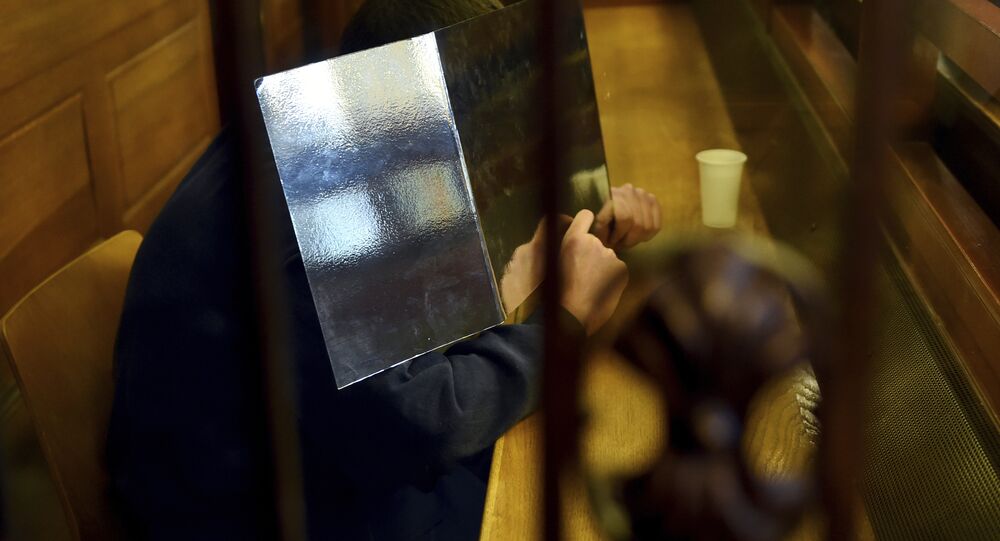 A Berlin court found Shaas Mohammad, a 20-year-old Syrian national, guilty of supporting the Daesh terrorist group and sentenced him for five years of imprisonment.

"The first penal chamber of the highest Berlin court found today 20-year-old Shaas Al M. guilty of supporting the Islamic State (ISIL or Daesh) terror group in 150 cases with 149 of them linked to violations of the weaponry legislation and sentenced him for five years in prison under youth guidelines," the court said in a statement, published on the Berlin authorities' website.

© REUTERS / Michael Dalder
German Authorities Detain Alleged Daesh Member in Country's Southwest
According to the court, during the four-month trial, prosecutors found out that Mohammad joined jihadists in Syria in 2013 before leaving for Germany in 2015. The court also found that the defendant had shared the information about potential targets with other terrorists for staging terrorist attacks in Berlin, which, however, were not carried out.

The court decision is still not final, as it can be challenged with an appeal.

Since the defendant was still a teenager during committing most of his criminal actions, the court applied youth criminal law in this case.