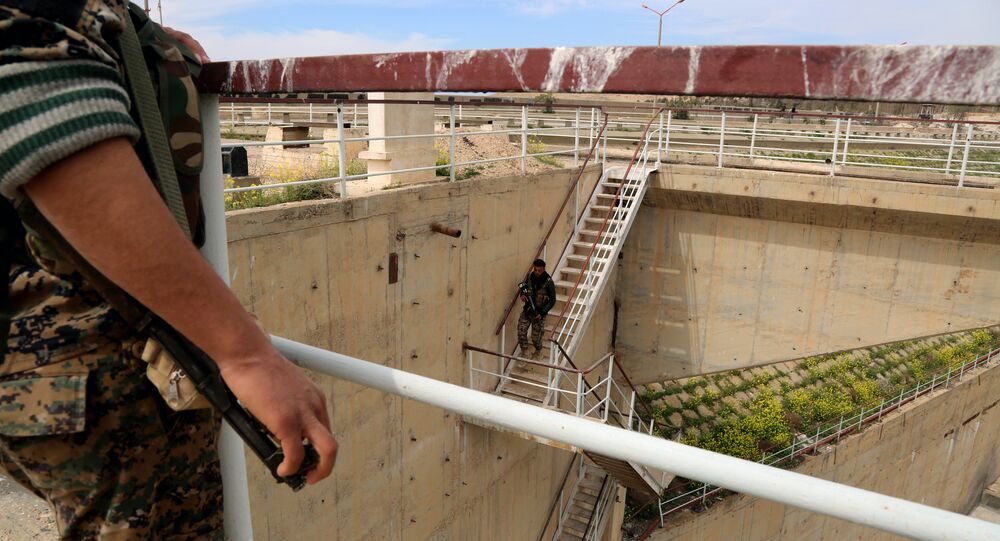 Kurdish-led Syrian Democratic Forces (SDF) backed by the US-led coalition have fully liberated the Syrian city of Tabqa and the Tabqa Dam from Daesh terrorists.

According to Kurdish Firat News Agency, citing SDF commander Rojda Felat, the town and the nearby Euphrates Dam were liberated after more than a month of offensive in the region.

© AP Photo / Jake Simkin, File
Kurdish-Led Forces Kill 19 Daesh Militants in Northern Syrian City of Tabqa
The Tabqa Dam is the largest in Syria. The city is located some 40 km west of Raqqa.

The US-led coalition aviation and US special forces assisted the Syrian rebels in the Tabqa campaign.

Earlier in the day, the Pentagon said that the SDF and the Syrian Arab Coalition had successfully liberated the vast majority of Tabqa and they continued to clear Daesh remnants from the final two neighborhoods of the city.

© AP Photo / Raqqa Media Center of the Islamic State group
US-Led Coalition Conducts 18 Strikes Against Daesh Near Tabqa in Syria
According to Operation Inherent Resolve spokesperson Col. John Dorrian, the SDF forces had encountered Daesh snipers who attacked them from the city’s buildings, including mosques and hospitals.

Dorrian also noted that the largest number of Daesh had relocated to Raqqa, the group’s de facto capital, but a large number of foreign fighters were barricaded at the Tabqa Dam.