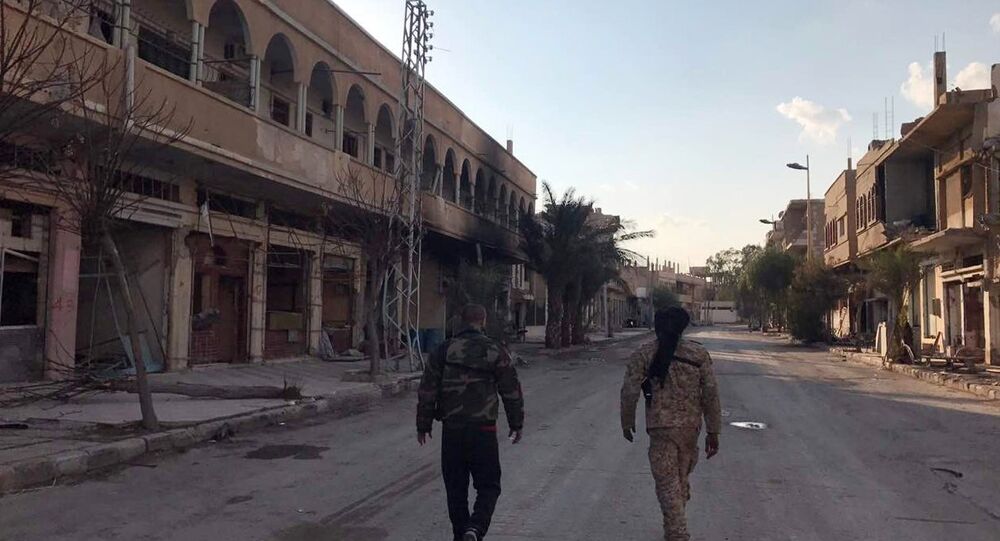 Syria Conflict Could Be Resolved Only Through Talks - Putin

According to the Russian president, the Syrian crisis can be solved only through talks.

© Sputnik / Mikhail Voskresenskiy
US Attack on Syria 'After-Dinner Entertainment' for Trump, Commerce Secretary Says
BOCHAROV RUCHEI (Sochi) (Sputnik) — The solution of the Syrian issue may only be found through talks, Russian President Vladimir Putin said after a meeting with German Chancellor Angela Merkel on Tuesday.

"We also exchanged views on the state of affairs in Syria, spoke in favor of the activation of the negotiation process within the framework of the Astana and Geneva format. We are convinced that the solution of the Syrian issue can only be found by peaceful means and under the UN auspices," Putin said.

According to Putin, Russia stands for a thorough investigation of the events in Syria's Khan Sheikhoun, the perpetrators must be found and punished.

"The Russian side noted the need for a thorough and comprehensive investigation of the incident in Khan Sheikhoun on April 4. We strongly condemn any use of chemical weapons, those guilty of the death of peaceful Syrians must certainly be found and punished, but this can only be done as a result of a thorough and impartial investigation," Putin said.

© Sputnik / Pavel Lisitsyn
Moscow Urges US to Share Data on Alleged Chemical Weapons Use in Iraqi Kurdistan
The Syrian people has the greatest influence upon President Bashar Assad, and other countries' task is to create conditions for a ceasefire and for the Syrian society's unification, Russian President Vladimir Putin added.

"The Syrian people has the greatest influence upon President Assad. It is obviously divided, and inside the Syrian society we see great problems. Our task is to create conditions for unification, for cessation of hostilities, for the termination of mutual destruction, create conditions for political interaction of all opposing forces," Putin told reporters.