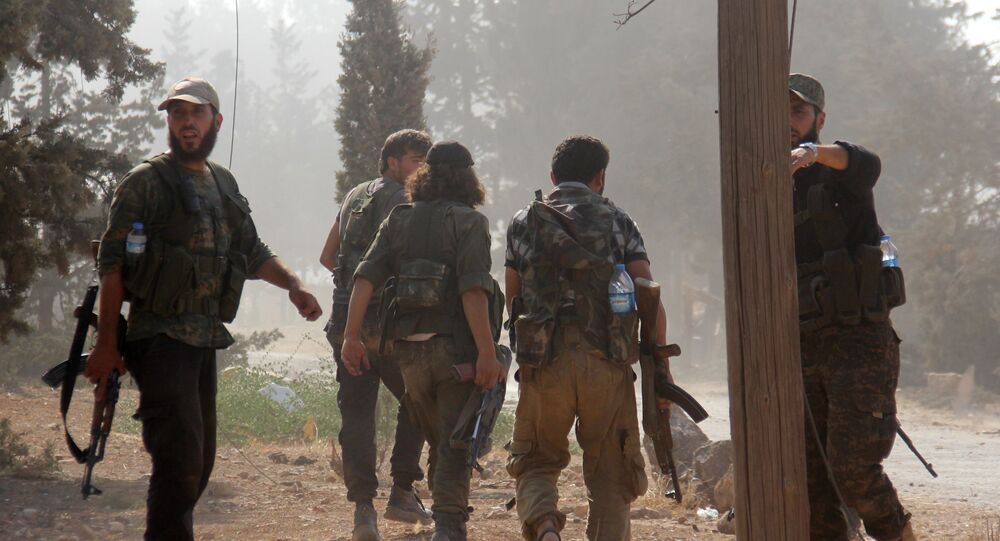 According to reports, militants from the Salafist Jihadist group Jabhat al-Nusra attacked positions of the Daesh in the border zone between Syria and Lebanon.

"The fighting between Nusra and Islamic State resumed in the Flitah area on the Syrian territory, very close to the Lebanese border. Nusra militants attacked Daesh positions," the source said.

According to the source, both sides have incurred losses from the attack which started from disagreements over the control of mountain trails and gorges through which both terrorist sides smuggle arms and militants.

"The Lebanese army and Hezbollah fighters in the Aarsal area keep their part of the border under control and are ready to strike terrorists at any moment if the latter try to cross the border," the source noted.

On Thursday, the Lebanese Armed Forces carried out an artillery strike against terrorists in the border zone with Syria.

The border town of Aarsal has been one of the most unstable of Lebanon’s inhabited areas during the last three years. The Lebanese army, as well as the Shiite movement Hezbollah, regularly track the locations of militants in the mountainous canyons in the Aarsal and Ras Baalbek areas, shelling them in attempts to prevent terrorists from entering the Lebanese territory.