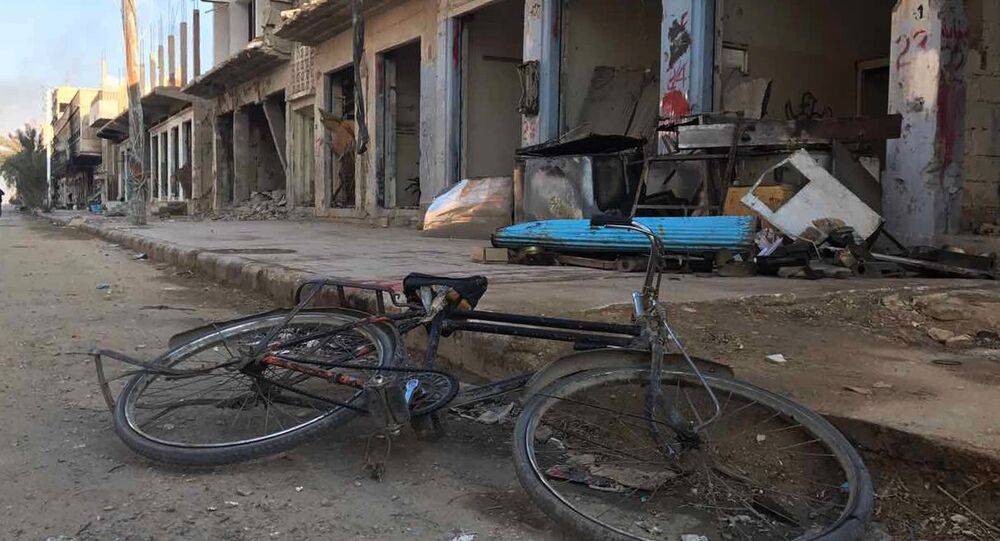 A total of 590 people, including 115 militants, on Monday left the Al-Waer neighborhood of the Syrian city of Homs as part of the deal with Syrian authorities, local media reported.

© Sputnik / Mikhail Voskresenskiy
Syrian Army Eliminates Major Terrorists' Outpost in Hama Province
MOSCOW (Sputnik) – On March 13, Syrian authorities and militant groups in Homs reached an agreement under Russian mediation that militants and their families had agreed to leave Homs stage by stage, while Syrian government troops guaranteed safe passage for them. Over 8,000 people, including more than 2,000 militants, have already left the city.

The evacuated peoples were sent to the northern Syrian city of Jarabulus on 16 buses, the SANA news agency reported.

According to Homs Governor Talal Barazi, the evacuation process faces no obstacles and is being carried out under the supervision of the Syrian internal security forces, Russian military police and the Syrian Arab Red Crescent (SARC).

He added that Al-Waer would be cleared of militants and weapons by May 13.