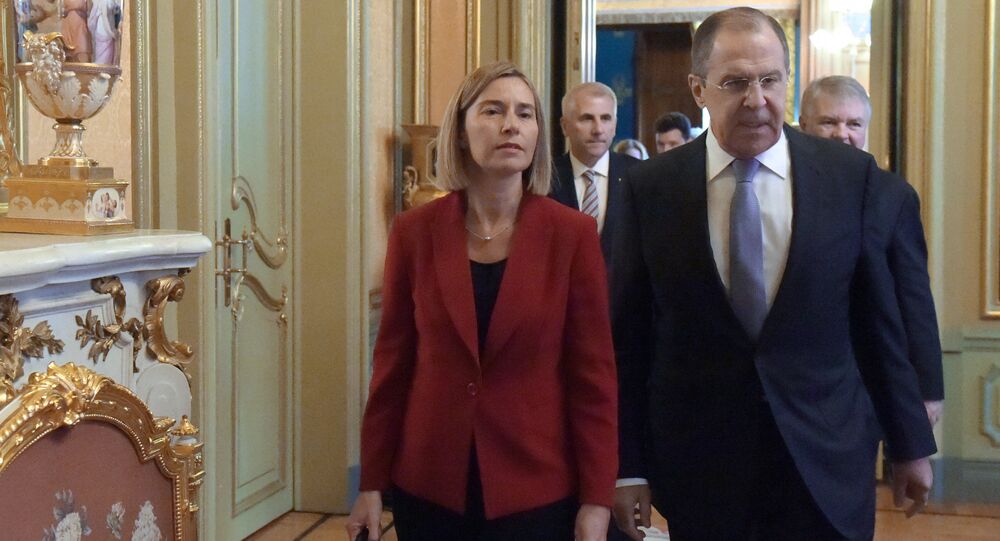 © AP Photo / UNRWA
Russian MoD Says Western Reports on Humanitarian Situation in Syria Not Helpful
MOSCOW (Sputnik) — The European Union and Russia share views on the need to improve humanitarian access to Syria, and Brussels counts on Russian support in this regard, including through the Astana process, EU foreign policy chief Federica Mogherini told reporters Monday.

"We share the same approach that access to humanitarian aid in Syria has to be improved. We count on Russian work, including through Astana process. We share an interest of putting end to this war," Mogherini said after meeting with Russian Foreign Minister Sergey Lavrov.

Syria has been mired in civil war since 2011, with government forces loyal to President Bashar Assad fighting a number of opposition factions and extremist groups, such as Islamic State (ISIL, also known as Daesh) and Jabhat Fatah al Sham, both of which are banned in a range of countries.

According to UN Special Envoy for Syria Staffan de Mistura, unofficial estimates show that at least 400,000 people have been killed in the past five years of civil war in Syria.