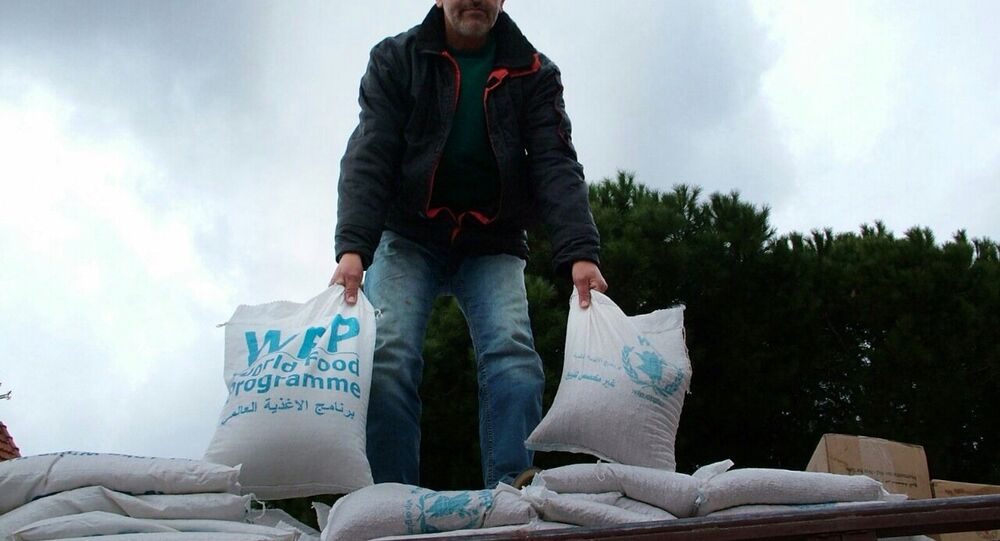 Russia has delivered humanitarian aid to 3,500 Syrian civilians in the past 24 hours.

HMEYMIM (Sputnik) – Russia has delivered over 6 tonnes (metric tons) of humanitarian aid to 3,500 Syrian civilians in the past 24 hours, the Russian center for Syrian reconciliation informs in its daily bulletin.

"Within [the] last 24 hours, the Russian Centre for reconciliation of opposing sides has held 8 humanitarian events in the Aleppo (6), Daraa (1), and al-Suwayda (1) provinces," the bulletin, posted by the Russian Defense Ministry on Saturday says.

According to the statement, Aleppo residents received hot meals and bread, while residents of the other two provinces received food products.

On Friday, Russian Defense Minister Sergei Shoigu announced that divisions of the Russian military police had facilitated 350 humanitarian campaigns in Syria, where government forces continue fighting against terrorists such as the Islamic State (ISIL, also known as Daesh) terrorist group, banned in Russia and a range of other countries.

Russia has been carrying out regular humanitarian aid deliveries to Syria and Russian aircraft have been consistently helping with the delivery of UN aid using parachute platforms.