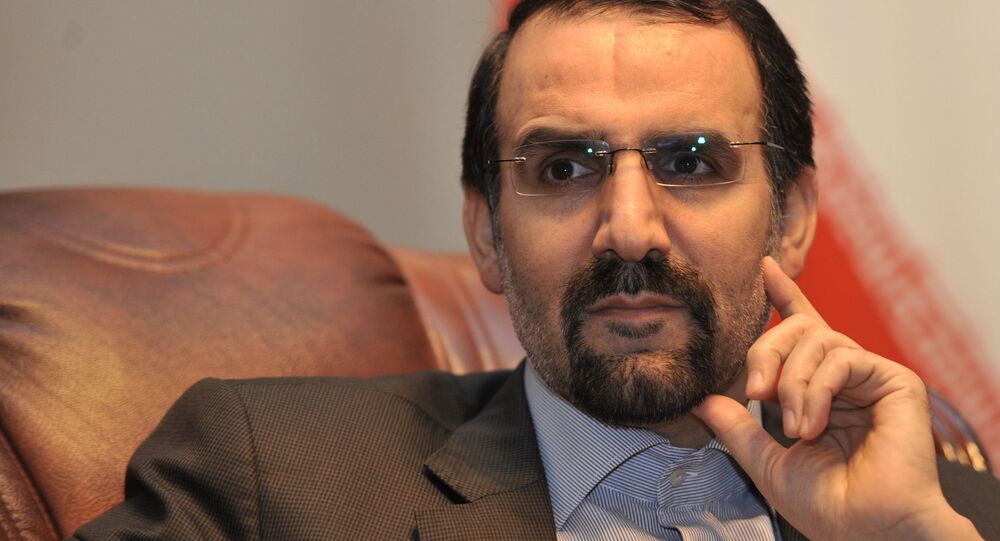 Iran Hopes to Enhance Cooperation With Russia in All Spheres - Ambassador

Iranian Ambassador to Russia Mehdi Sanaei said that Iran hopes to further develop close ties across all areas of cooperation with Russia.

"The visit by Iranian [President Hassan] Rouhani that took place on March 28 was another step toward developing extensive cooperation between Moscow and Tehran. We hope that we will witness even broader bilateral ties across all areas in the future," Sanaei said at an embassy event marking Iranian Army Day.

"One of the main objectives for the Iranian army is to defend against terrorist groups that are posing a threat to regional and global security. Today they are coming into Syria, Iraq, Afghanistan and other regions. Tehran and Moscow, realizing the danger and risks posed by expanding terrorist networks in the region and across the world, have stepped up cooperation and played a notable role in upholding peace in the region," he said.

Rouhani came on an official visit to Russia on March 27-28 at Russian President Vladimir Putin's invitation. The two leaders discussed bilateral relations and investment and economic cooperation, as well as reaffirming the need to bring peace to the Middle East and wipe out terrorism from the region.

Like It or Not: Syrian Crisis Can't Be Resolved Without Russia, Iran - German FM