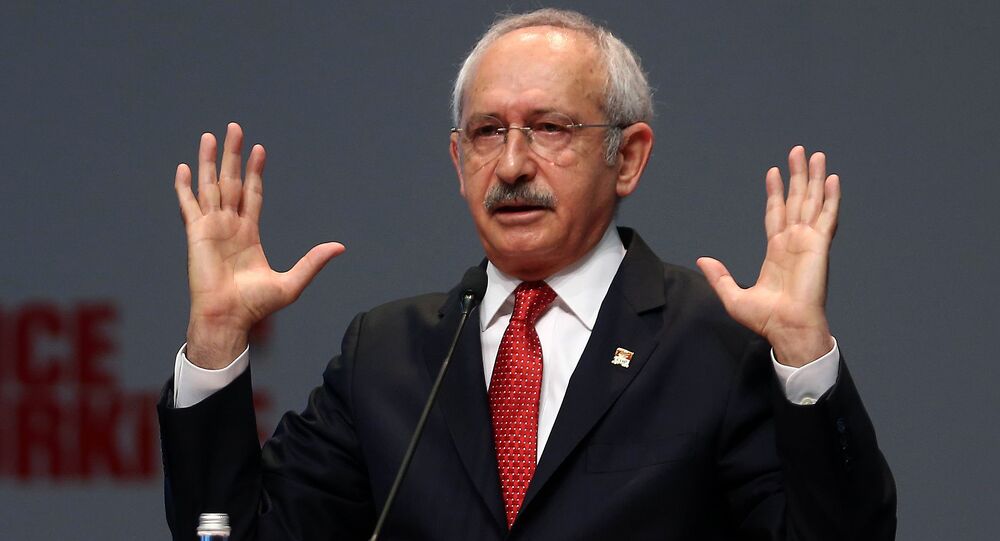 Kemal Kilicdaroglu, the leader of Turkish opposition Republican People’s Party (CHP), claimed that admission of ballots without stamps make the results of the Sunday referendum on the constitutional amendments questionable, as have 51.4 percent of votes of those counted were in favor of the changes.

ANKARA (Sputnik) — Turkey’s Supreme Electoral Council (SEC) rendered the results of the referendum on constitutional changes debatable through its decision, made when the vote was already underway, to accept un-stamped ballots at some stations, Kilicdaroglu said.

"One cannot change rules during the game; according to the law, ballots without stamps cannot be accepted. We respect the choice of the people, but the decision of the SEC cast a shadow over it. Any agency should comply with the law. The decision of the SEC made the results of the referendum questionable," Kilicdaroglu told reporters on Sunday.

Kilicdaroglu said that according to his party's counting, the opponents of the changes had more than 50 percent of the votes.

© REUTERS / Umit Bektas
Erdogan on Referendum Result: 'A Historic Decision on Turkey's Governance System'
President of the SEC Sadi Guven explained that the decision to accept un-stamped ballots, provided they were not brought from outside, was made to ensure that people could vote at the stations which ran out of stamped ballots. Guven added that similar decisions had been made before.

Guven also said that the final results would be announced in 11-12 days, but preliminary data indicated that the supporters of the changes had won.

According to the preliminary results provided by the Anadolu news agency, supporters of the constitutional amendments have 51.4 percent of votes after 99.9 percent of votes have been processed.