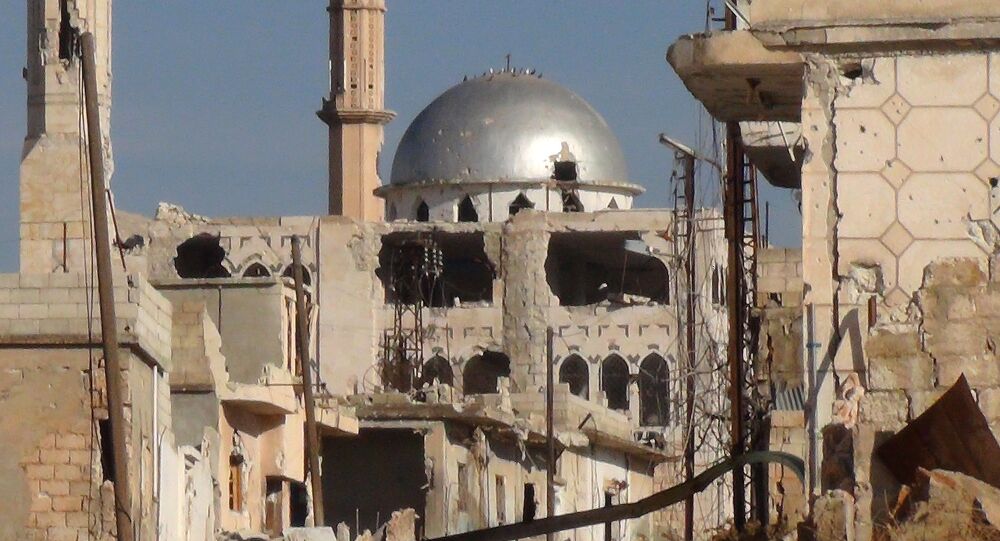 © AP Photo / Alexander Kots
Syrian Army Reinforces Defense of Hama Following Recent Terrorist Surge (VIDEO)
DAMASCUS (Sputnik) — On Tuesday, the Russian General Staff said that a group of 10,000 ex-Nusra Front militants attempted to capture the Syrian city of Hama. Over 2,100 militants have been killed in four days, with the operation continuing to this day and Syrian troops entering a counteroffensive.

"Al-Nusra Front losses from March 23 to March 29 to the north of Hama are as follows: 2,200 terrorists killed, while 15 tanks, 11 armored vehicles, 107 cars, 12 ammunition depots, 17 mortars ans six rocket launchers destroyed," the ministry said in a report.

Earlier, a source told Sputnik that the Syrian army pushed out Jabhat Fatah al Sham (formerly known as al-Nusra Front) terrorists from the village of Kokab in the Syrian province of Hama.