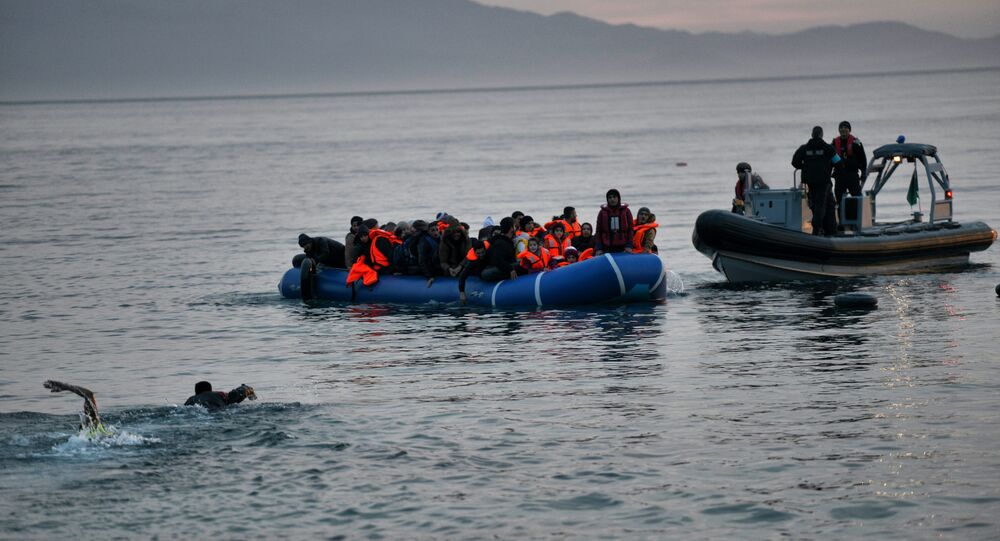 At least twelve migrants have died as a result of a boat sinking off Turkey's western Aegean coast, local media reported on Friday.

© Photo : Rederij Lampedusa
Dutch Boat Tours With Refugee Guides Put a Human Face on Europe's Migrant Crisis
ANKARA (Sputnik) – Seven people have been rescued from the boat, which sank near Turkey's resort town of Kusadasi, while a further four are listed as missing, as the search and rescue operation continues, Turkey's NTV television channel reported.

The migrants were heading for the nearby Greek island of Samos.

On March 18, 2016, the European Union and Turkey agreed upon a deal, with Ankara pledging to take back all undocumented migrants who come ashore in Greece if EU countries receive Syrian refugees resettled from Turkish camps on a one-for-one basis.

In February 2017, the Refugees International non-profit organization said in a report that more than 3 million refugees now reside in Turkey, including 2.8 million refugees from Syria and 290,000 from other Middle Eastern countries.

Europe is currently experiencing a dire migration crisis, and struggles to accommodate hundreds of thousands of migrants attempting to enter wealthy EU member states through various routes, including via Turkey, Italy and Greece.

The International Organization for Migration’s (IOM) Missing Migrants Project documented the deaths of 7,763 people during migration to international destinations in 2016, a 27 percent increase from 2015. Of these, 5,098 of the recorded migrant deaths occurred on the Mediterranean route.