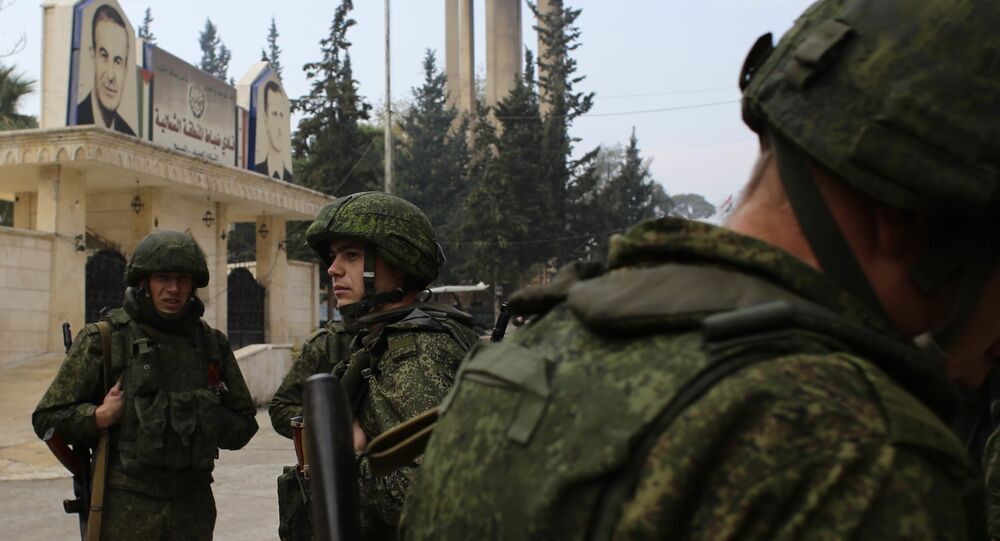 Russia has delivered medicine and UN humanitarian aid to residents of Syria, the Russian center for Syrian reconciliation informs.

MOSCOW (Sputnik) – The Russian Reconciliation Center has delivered medications to Syrians in the latest humanitarian event, according to the bulletin posted by the Russian Defense Ministry on Friday.

"Citizens of Dahiyat al-Assad have received 200 kilograms of medicaments," the center said.

In addition, Russia has helped deliver over 20 metric tons (tonnes) of UN aid to Syrian residents in the past 24 hours.

© AP Photo / UNRWA
Russian MoD Says Western Reports on Humanitarian Situation in Syria Not Helpful
Syrian residents in various parts of the country lack basic necessities as the country’s infrastructure has been severely damaged as a result of internal fighting between government forces and opposition and terrorist groups. According to the World Health Organization (WHO), half of the hospitals in Syria are either destroyed or only partly functioning.

Russian Military Delivers 1.6 Tonnes of Aid to Syria Over Past Day