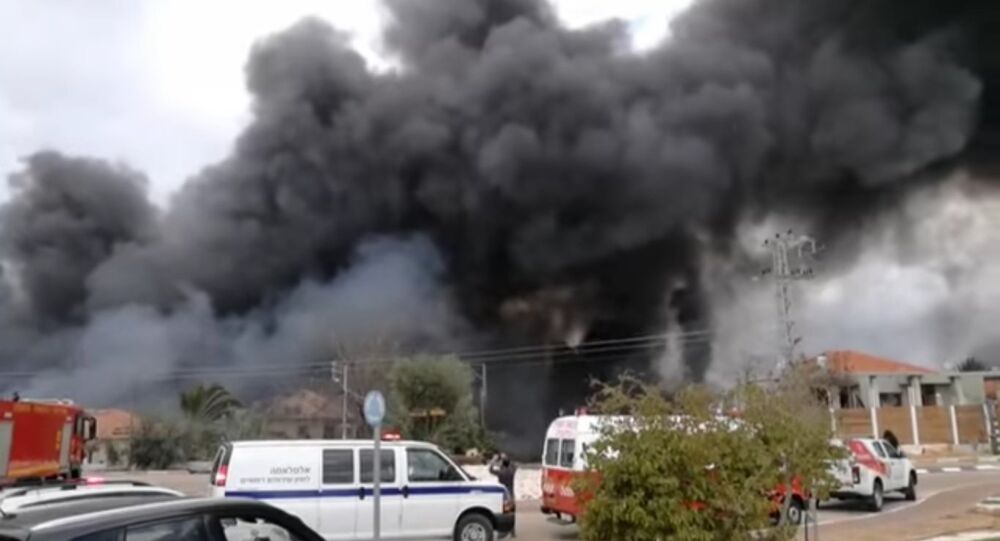 A Tuesday explosion at an illegal Israeli firework factory left two dead, seven injured, including two children, and one missing. The factory was located near Tel Mond, in the Lev Hasharon Regional Council’s Moshav Porat area.

It was later revealed that the two deceased victims, 24-year-old Amir Takrouri and 17-year-old Abu were employees at the factory, which was reportedly operating without a business license or a fire department permit.

​Though the cause of the fire is not yet known, the manager has been detained for questioning by police.

Israel police have prevented residents from entering the area and instructed people who were in the neighborhood at the time of the explosion to seek shelter, as a number of houses close to the factory caught fire as a result of flames and blasts.

Twenty one teams of firefighters were deployed to the scene as a result.

Volunteer Roi Solomon said, "I arrived with the team at scene. Those trapped were still inside the building. After a few minutes the building completely collapsed," according to Jerusalem Post, adding, "The Sharon District ZAKA team helped firefighters and Magen David Adom rescue those trapped. Once the tractors entered the village and cleared the building’s walls we located two deceased employees. ZAKA teams handled the dead and collected findings in the area."