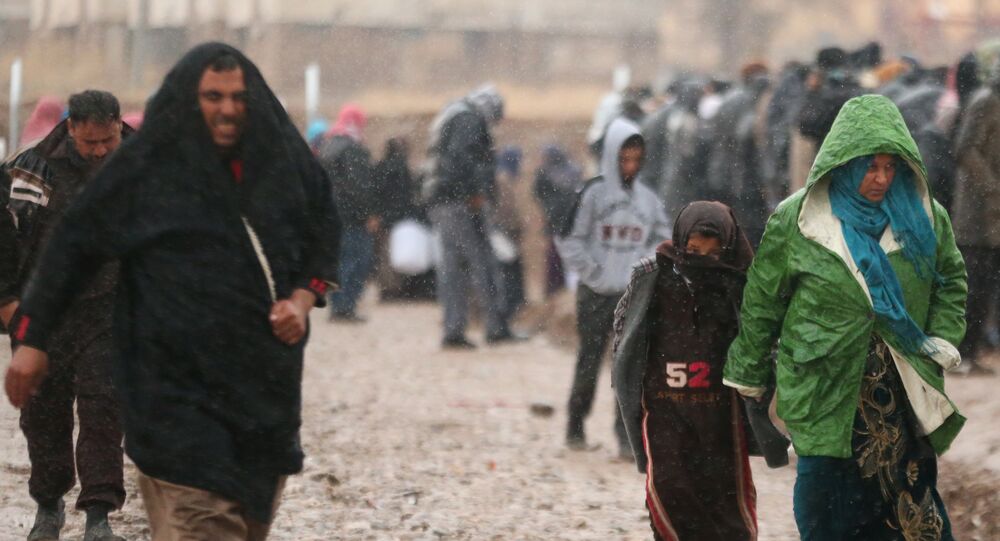 The World Health Organization (WHO) has activated an emergency health plan along with local officials and partners to treat people who have been exposed to an alleged chemical weapon attack near Mosul, the organization said in a statement on Friday.

According to local health authorities, 12 patients have been referred to a hospital in Erbil since Wednesday for treatment of respiratory symptoms and blistering. Four patients have displayed signs associated with exposure to a blister agent, WHO said.

"Following the reported use of chemical weapons agents in East Mosul, Iraq, WHO, partners and local health authorities have activated an emergency response plan to safely treat men, women and children who may be exposed to the highly toxic chemical," the statement said.

Iraqi forces backed by the US-led coalition began the operation to liberate East Mosul from the Daesh group on February 17. The western part of the city was freed from the militants in January after a four-month battle.