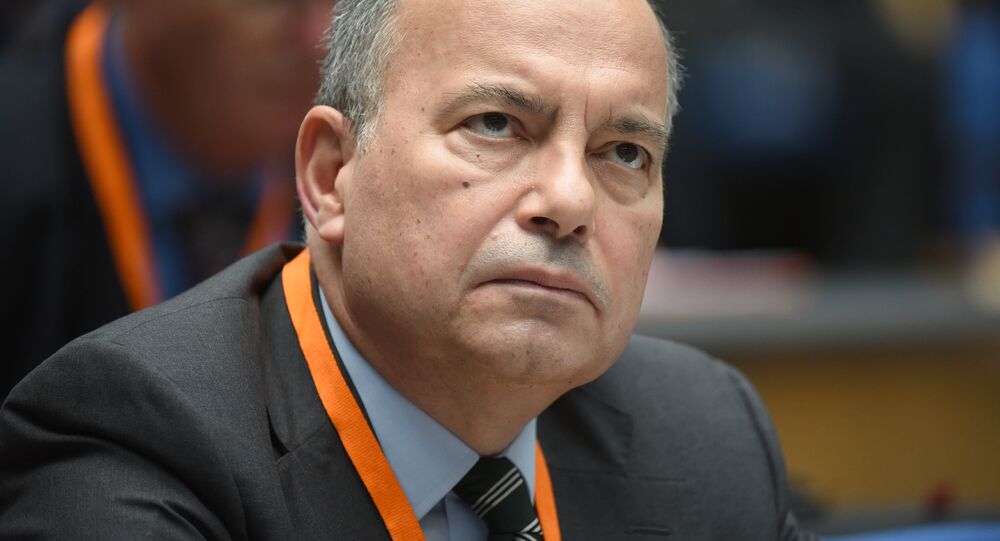 Fikret Bila, a journalist and columnist, succeeded Sedat Ergin as the editor-in-chief of Hurriyet, one of the major Turkish newspapers, according to the English-language newspaper of the Hurriyet group.

© AP Photo / U.S. Air Force via AP
Out in the Cold? Turkey to Kick US Out of Incirlik Airbase if Washington Teams Up With Kurds
ANKARA (Sputnik) – Ergin said that he was tired and would go back to writing columns, the Hurriyet Daily News reported.

The reshuffle came a week after the newspaper published an article criticizing Chief of General Staff Gen. Hulusi Akar, although Hurriyet Daily News did not mention the incident in its write-up on the new editor-in-chief.

In the article, the newspaper cited unknown military sources who claimed that the Turkish military disapproved of changes in the army, including the permission for female soldiers to wear headscarves.

On Tuesday, Turkish President Recep Tayyip Erdogan criticized the article and indicated that some legal steps had been taken.

The newspaper swiftly issued a statement apologizing for the wording in the headline, which used the expression "Unease at military HQ" that was read as unease in the General Staff about the government. The newspaper wrote that this was not their intention and they had failed to see the headline could be interpreted this way.