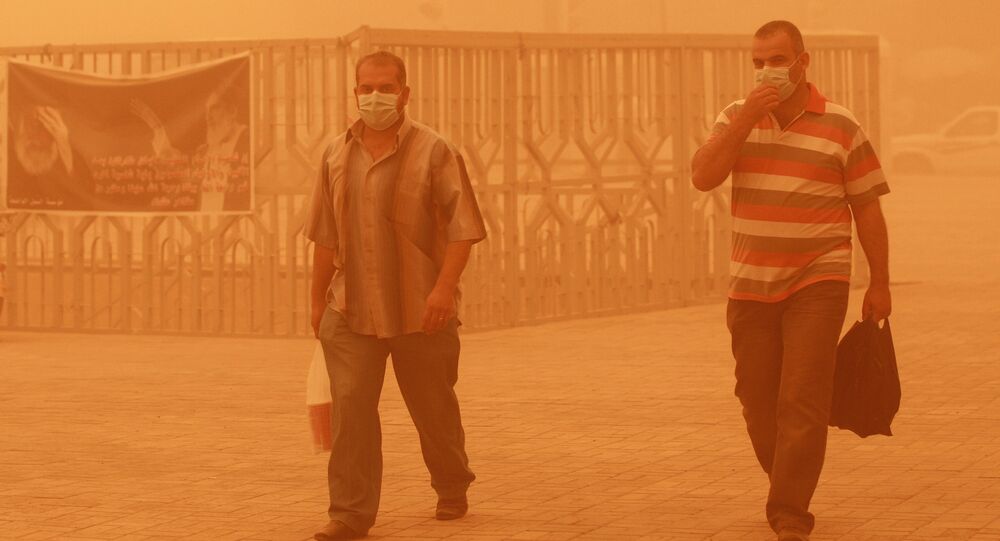 © AFP 2021 / EBRAHIM NOROOZI / JAMEJAM ONLINE
Pirates and Iranophobia: Why Tehran is Staging Large-Scale Naval Drills in the Indian Ocean
A powerful sandstorm swept across the Iranian province of Khuzestan located in the southwestern part of the country near the border with Iraq, dealing severe damage to local infrastructure.

The storm caused temporary water shortages and power outages across the province, and at least 218 people were hospitalized due to respiratory issues related to the calamity.

The cataclysm also affected local oil production which dropped to about 700,000 barrels per day.

​The Iranian authorities however believe that their Iraqi neighbors are at least partially responsible for this natural disaster.

​Tehran declared that sandstorms originate in Saudi Arabia, Iraq, Jordan and Syria, and urged these countries to enact the appropriate prevention measures in order to avoid similar cataclysms in the future.

Meanwhile, Khuzestan residents staged a protest rally in the regional capital of Ahvaz, demanding the resignation of the local governor and Ebtekar.

​Also, Supreme Leader of Iran Ayatollah Ali Khamenei urged the authorities to swiftly deal with the radioactive fallout which he claimed was brought by the storm.

'Internet Balloons' to Bring Internet Access to All Corners of Iran