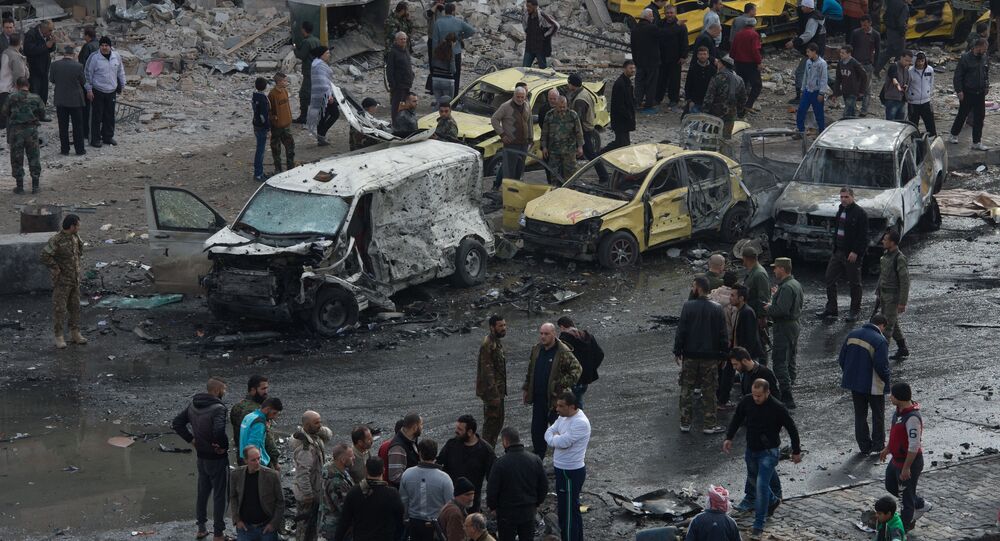 Two suicide bombers blew themselves up near military facilities in the Syrian city of Homs.

Over 35 people are dead and multiple injured, RIA Novosti source reported from the scene.

The head of the military security department in the Syrian province of Homs is reported dead as a result of the attack.

"The number of casualties has reached 35 people, dozens injured. More than six suicide bombers blew themselves up near only two objects belonging to the security forces. General Hassan Daabul, the head of the military security department  for the province of Homs  is among the dead," the source told the agency.

​"From what is known so far, two suicide bombers blew themselves up in the city of Homs. One — near the building of the state security department, the second — near the department of military intelligence. It is impossible to say exactly how many people were killed or wounded at the moment" the source told the agency.

"According to preliminary data, more than 15 people were killed near the [bombed] military intelligence department building, there are multiple wounded. We do not know about [a number of] casualties near the building of the state security department yet," the source said.

Talal Barazi, governor of the Homs Province confirmed that 32 have been killed and 24 injured as a result of terrorist attacks.

"The two terrorist attacks have claimed lives of 32 people and injured 24 others," Barazi said as quoted by the Syrian national TV channel.