Coming to power two years ago, the 81-year-old ruler has rolled out a major economic reform program in the last year, creating a new Energy, Industry and Natural Resources Ministry in the process.

A 1,500-person entourage will accompany the king on his three-week tour, including 10 ministers, according to Indonesian officials. Khalid al-Falih, Saudi energy minister, along with executives from the Aramco oil company, will travel with the king. The large coterie could signal the importance of Asian support to Riyadh.

Research fellow Makio Yamada, at the King Faisal Centre for Research and Islamic Studies, said that Tokyo and Riyadh "have begun to cooperate on the creation of more diverse economic ties between them," as Japan seeks to further secure Saudi Arabia as its chief supplier of oil.

One key point of business the Saudi government hopes to settle by 2018 is the sale of a 5 percent stake in Aramco, anticipated to be the largest initial public offering (IPO) in history.

The kingdom also wants Asian corporations and financial institutions to assist in diversifying and expanding Riyadh’s investments abroad, as well as developing industries outside of oil, in efforts to curb Saudi Arabia’s reliance on oil money.

Riyadh has recently partnered with Japan's SoftBank Group, and plans to invest up to $45 billion in a technology fund in additional efforts to diversify Saudi industries.

While in Malaysia, the Saudis are expected to sign a collaboration agreement to work on the Refinery and Petrochemical Integrated Development project (RAPID) with Petronas, the country’s state-owned oil company. 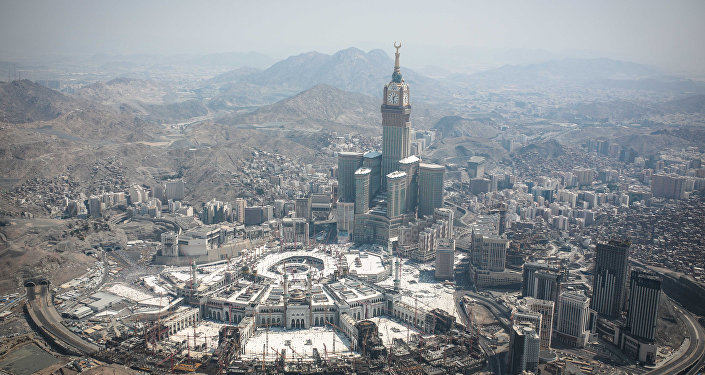 According to Pramono Anung, secretary of the Indonesian Cabinet, Jakarta hopes their meeting with King Salman will increase investment from Riyadh to $25 billion, as Aramco and Indonesia state-owned energy company Pertamina collaborate to upgrade the country’s refineries.

Although Prince Muhammad has claimed that Aramco is worth $2 trillion, skeptical analysts posit that this number is based on a flawed formula in which Saudi Arabia multiplies the number of barrels of oil it claims to have, by a benchmark value of $8.

Patrick Pouyanne, CEO of French oil giant Total SA quipped, “I didn’t know that the value of an oil company was a multiplicator of the reserves of the company," according to Bloomberg, adding that certain factors needed to be “discounted” before “we’ll see what will be the real value” of the Saudi oil company.

Contrary to Expectations, Saudi-Russian Oil Deal Not Doomed to Failure