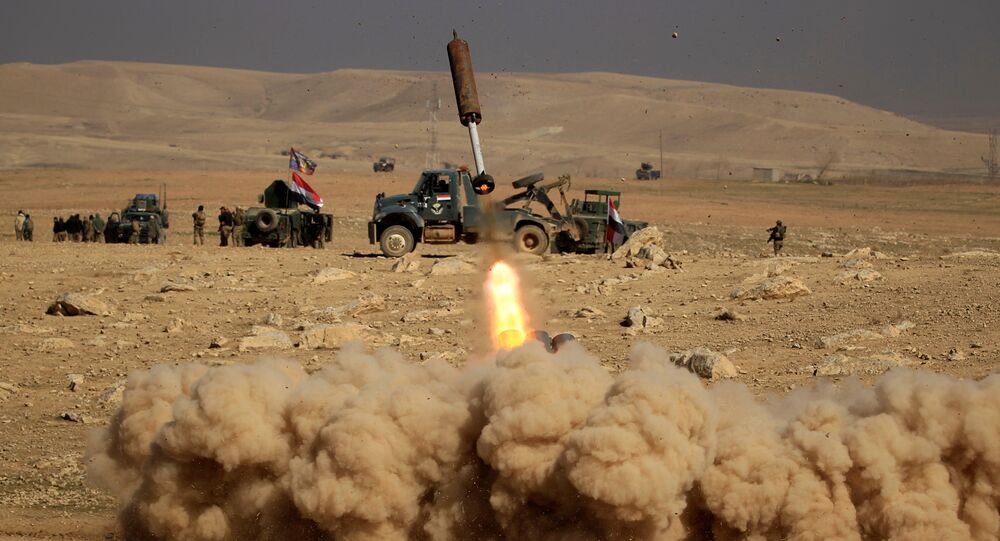 The complexity of urban warfare and Daesh's level of preparedness to fight for their key stronghold in Iraq indicate that the operation aimed at liberating western Mosul will take much time, Dr. Theodore Karasik, a senior advisor at Gulf State Analytics, told Radio Sputnik.

"Urban warfare is one of the more difficult types of warfare to prosecute simply because of the complexity of an urban environment. It's not only vertical, but it's also horizontal. In Mosul, the neighborhoods that are older tend to be very difficult to conduct urban operations in because of narrow streets and also because of the layout of that part of the city," he explained. "It is a fact that this part of urban operations to free this sector of Mosul is going to take more than a few months because of the preparation and depth of Daesh's retaliation."

Karasik added that Iraqi security forces will be forced to advance in small teams through narrow areas, describing what will ensue as a "block by block battle."

The operation which is meant to free western Mosul will be further complicated by the fact that Daesh had at least two years to prepare for the battle.

Karasik suggested that multinational campaigns could free Mosul, the second largest city in Iraq, and the Syrian city of Raqqa, the capital of Daesh's caliphate, but this will not necessarily mean the end of the brutal group or its ideology.

"I think we are already seeing Daesh moving to Raqqa and preparing for the final battle of Raqqa. That will close a chapter in theory regarding [Daesh] and its first caliphate in the Levant," he said. "There's speculation that [Daesh and al-Qaeda] could morph together in five to ten years. Sunni extremism never stops evolving. I think we need to take that into consideration [when discussing] what happens to Islamic State next. It is literally an airborne disease that has now penetrated most of the world."

© AP Photo / Marko Drobnjakovic
Coalition Strike in Mosul Kills Daesh Leader in Charge of Anti-Aircraft Defense
Karasik also said that once Mosul is fully liberated, Baghdad should focus on dealing with what has fueled sectarian violence in the first place.

"The US needs to push Iraq hard on reforming itself and reforming its own system because of the way the Iraqi state has evolved since the American occupation. It's clear that the Iraqis know themselves that they need to reform and be more inclusive and so on, but there are many different forces at play here that will pull Iraq in different directions," the analyst observed.

Baghdad Unlikely to Demand US Troops Withdrawal After Mosul Liberation