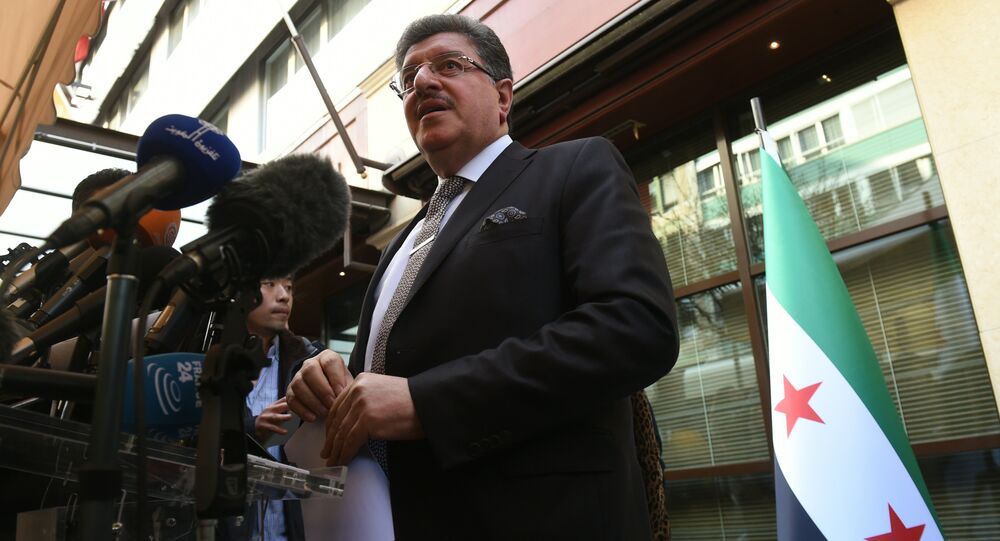 HNC spokesman Salem Meslet demanded to hold direct talks with the Damascus authorities on the issue of settling the crisis in the war-torn country.

"We demand that direct talks be held. We have met with [UN Special Envoy for Syria Staffan] de Mistura, but we have not received the agenda of the negotiations yet. We have demanded to hold direct talks already during the previous round [of Geneva talks], but de Mistura rejected the demand," Meslet said.

The previous round of indirect talks between Damascus and the opposition groups under the auspices of the United Nations was held in Geneva on April 13-27, 2016. The HNC walked out of the negotiations, citing the continuous fighting in Syria and the lack of progress on humanitarian issues.