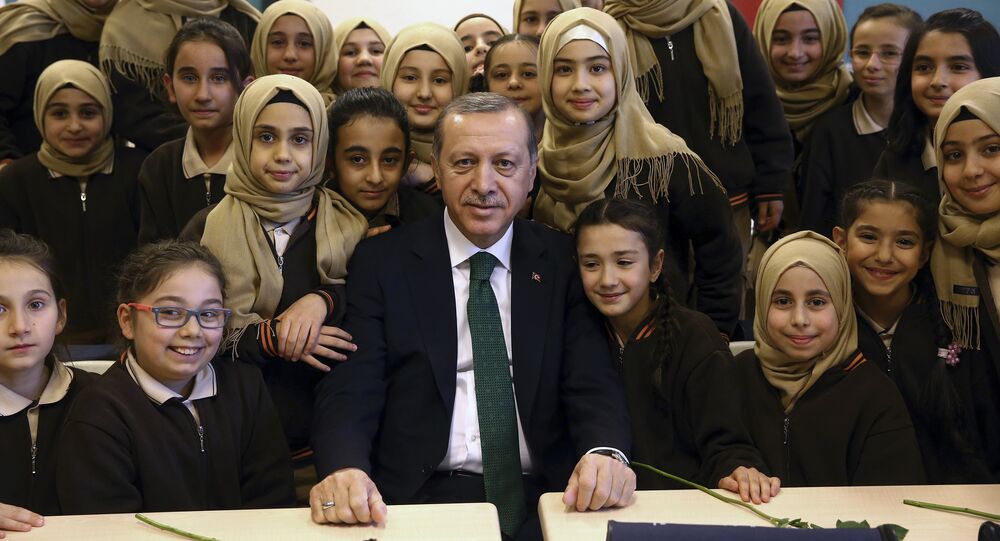 Who Controls the Past? Turkish Education Reforms 'Rewrite History'

Turkish President Recep Tayyip Erdogan's constitutional reforms have proven controversial both nationally and internationally. However, proposed changes to the country's school curriculum, which may have the most significant long-term implications for Turkey's future, have hitherto gone largely undiscussed.

In January, as Turkish parliamentarians heatedly debated changes to the country's constitution, the Ministry of Education quietly published a curriculum, upon which textbooks for the 2017-18 academic year will be based. Some changes, such as history teaching having a renewed focus on Muslim scientists, could surely provoke little or no objection.

However, other areas of the revised curriculum are more troubling for both national and international education experts — evolution will no longer be taught, Mustafa Kemal Ataturk (Turkey's founding President) is to be excised from history classes and the failed coup d'etat in July 2016 will be included in Social Studies courses.

The removal of evolution from the curriculum was presaged by comments made in January by Deputy Prime Minister Numan Kurtulmus. In a speech, he said evolution was "an archaic and disproven theory," and there was no rule that it "must" be taught in schools.

A Turkish education professional, who asked to remain anonymous (thousands of academics and teaching staff have been suspended following the aborted coup), said the move represented the culmination of a long-term campaign by Turkish religious conservatives. The group has long-attacked Darwin's theory, producing a highly skeptical public; a 2005 study by the journal Science found public acceptance of evolution in Turkey was lowest in the developed world, at 25 percent.

"The split between secular Turkey and religious Turkey is almost as old as the country. For much of Turkish history, the liberal elements were in charge, with conservative forces sidelined. When President Erdogan first came to power, he seemed to bridge this divide, but this has quickly changed into a fast-paced Islamization of Turkey, and a reversal of all secularization. This could be the last nail in the coffin for evolution in the country, certainly," the anonymous academic told Sputnik.

Turkey Deputy PM Numan Kurtulmuş says Darwin's Theory of #Evolution is "outdated and rotten". The govn plans to take it out the curriculum pic.twitter.com/LGxDWIy7B4

It's not merely the changed curriculum and updated textbook content which serves to "destroy the existing system," the anonymous source added — new teachers, amenable to these state-ordained educational narratives, have been parachuted into vacancies created by the wave of post-coup suspensions.

"The removal of Turkey's founding President from classes, and the creation of classes on the coup, could be a way for Mr. Erdogan to replace Mr. Ataturk as the founder of modern Turkish society — a modern hero. The Turkish curriculum has been changed by governments in the past, but never as extensively as it's been changed now. President Erdogan is rewriting Turkish history. Poor education always serves elite interests, and the curriculum now openly serves his."

However, the Turkish government has responded to criticism of the reformed curriculum, stating it teaches Turkey's history in a way that "protects national values." Moreover, the Education Ministry claimed the update in fact, brings Turkish teaching, particularly in respect of religion, up to date the European Court of Human Rights' directives and recommendations.

For instance, phrases such as "our religion" have been replaced in textbooks with the more neutral "Islamic religion."

The ministry also sought the public's feedback on its proposals online.