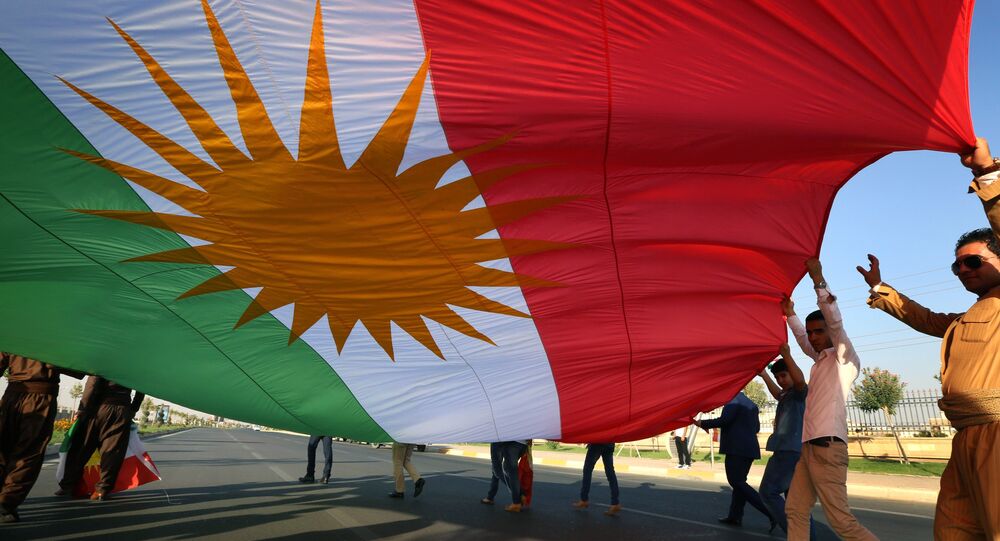 President of Iraqi Kurdistan Masoud Barzani said on Monday he would declare the autonomous region's independence from Iraq if Iraqi Vice President Nouri Maliki returns to the post of the country's prime minister.

MOSCOW (Sputnik) — According to Barzani, the Iraqi parliament’s decision last September to remove former finance minister Hoshyar Zebari from office over allegations of corruption was part of Maliki's plan to return to leadership and to weaken Prime Minister Haider Abadi.

"I will announce the independence of Kurdistan the minute in which Maliki becomes a prime minister, I will not refer to anyone and let whatever needs to happen, happen… I will not remain in an Iraq ruled by Maliki," Barzani told Asharq al-Awsat newspaper.

© AFP 2021 / AHMAD AL-RUBAYE
War-Weary Iraqi Kurds Seek Independence 'As a Result of the Peace Process'
Maliki was the prime minister of Iraq from 2006 to 2014, a position he was forced to vacate due to protests and allegations that it was his fault Daesh had gained territory in Iraq. During his tenure, he developed a poor relationship with Kurdistan and the Kurdistan Regional Government (KRG), and increased tensions by withholding the region's share of the Iraqi budget in 2014, after the KRG sold oil independently against Baghdad's wish, causing economic hardship in the region.

The Iraqi general elections are due to be held in 2018.

The Kurds are Syria’s, Iraq’s and Turkey’s largest ethnic minority. The ethnic group is striving to create their own independent state. Kurdistan in Iraq was created in 1970 based on an agreement with the Iraqi government, ending years of fighting. It gained autonomous governance status as part of the 2005 constitution, but is still considered part of Iraq.