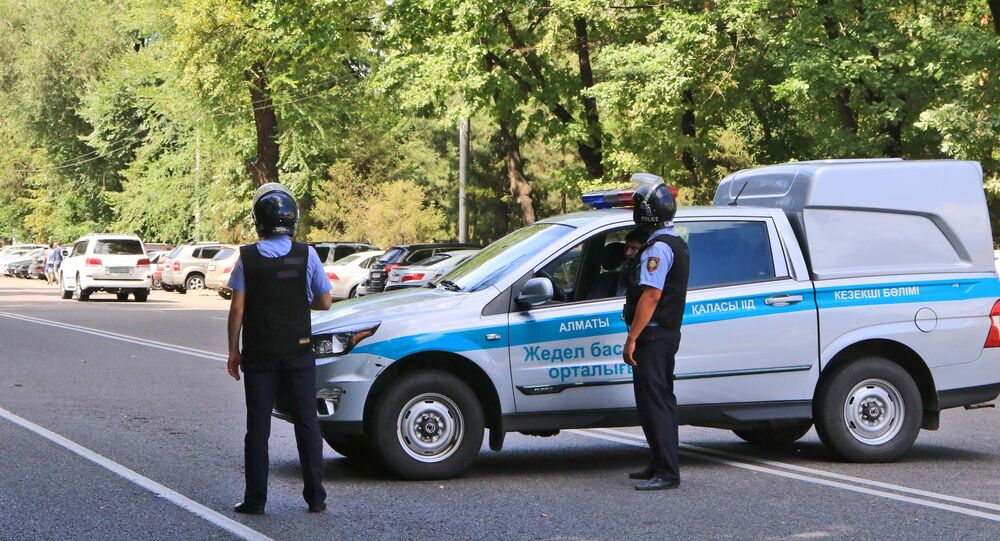 Turkish National Reportedly Attempts to Burn Himself in Kazakhstan's Almaty

A Turkish national attempted to burn himself near the Turkish embassy in Almaty, Kazakhstan, local media said Friday.

© AP Photo / Lefteris Pitarakis
Rocket Fired at Istanbul Police Department Building but Misses It
ALMATY (Sputnik) — According to local media, the man who had arrived in the Turkish embassy clashed with a security staffer before setting himshelf on fire.

"There was a conflict with a guard of the embassy. After that, the visitor, expressing his discontent, doused himself with an unidentified liquid and set it alight. A security officer ran to the man, knocked him down and started to extinguish the fire," a police representative said, as quoted by the Tengrinews.kz news website.

The 44-year-old Turkish national was immediately taken to hospital and received burns over 34 percent of his skin, according to the media outlet.

Police have launched an investigation into the accident.

Turkish PM Congratulates Trump on Inauguration, Hopes for Better Ties With US