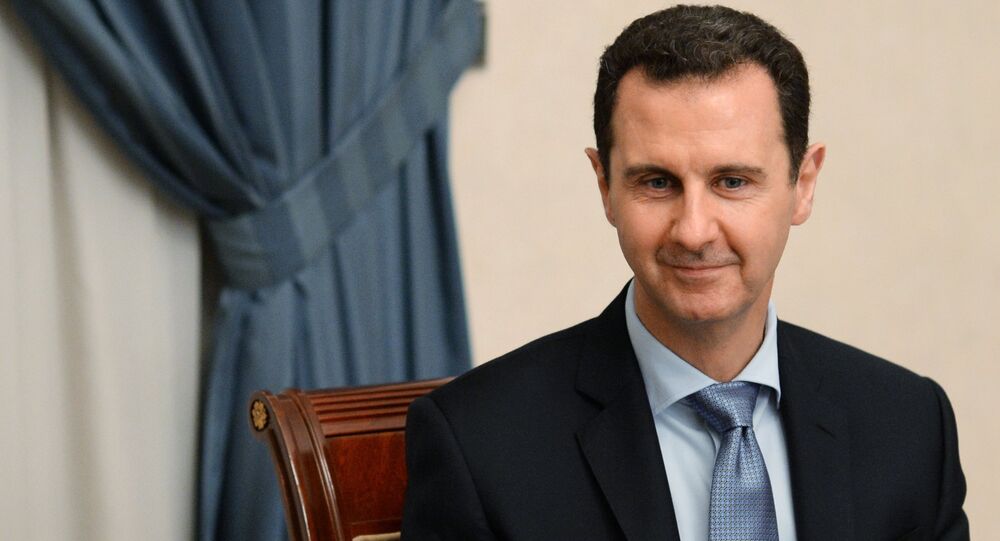 Syrian President said that achieving a ceasefire which will allow for the delivery of humanitarian aid to Syrian regions is a priority of the upcoming intra-Syrian talks in Astana.

© Sputnik / Grigoriy Sisoev
Russia's FM Lavrov Says US Invited to Astana Talks on Syria
MOSCOW (Sputnik) – Achieving a ceasefire which will allow for the delivery of humanitarian aid to Syrian regions is a priority of the upcoming intra-Syrian talks in Astana, Kazakstan, Syrian President Bashar Assad said Thursday.

"Achieving a ceasefire to protect civilians' lives and to ensure humanitarian aid deliveries to different Syrian regions will become the priority of the Astana talks," Assad told the Japanese TBS television broadcaster in an interview.

The intra-Syrian talks in Astana will be held on January 23 following a ceasefire in Syria endorsed by the UN Security Council on December 31.

"We hope the Astana meeting will become a platform for wide-ranging talks between different Syrian conflicting sides," Assad said.

According to the president, the groups, which have joined the ceasefire have to lay down arms and after this their members will get amnesty.

The Astana negotiations, initiated by Russia, Iran and Turkey, are aimed at establishing a platform for peace negotiations between the Syrian government and opposition groups.

Tillerson: US Must Prioritize Defeating Daesh in Syria Before Dealing With Assad