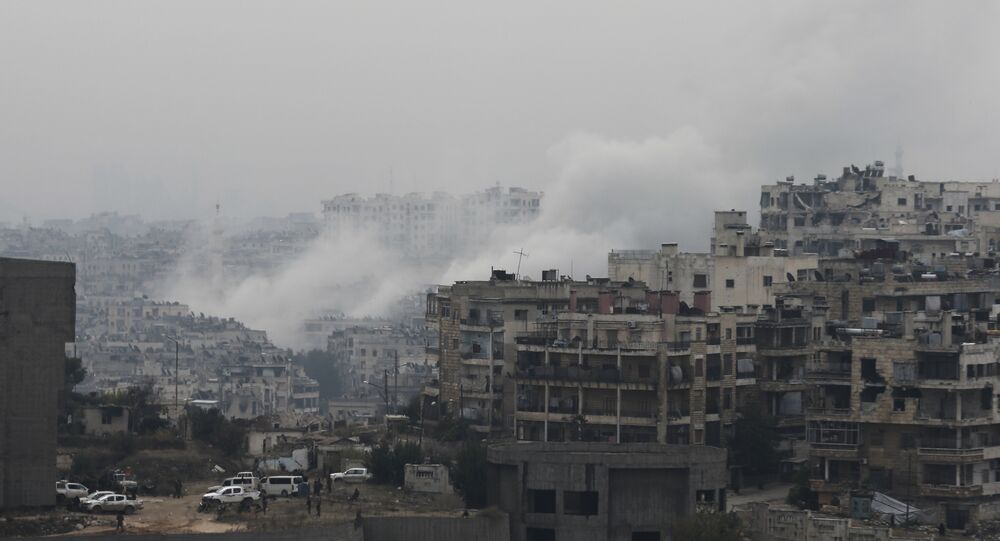 Militants from the Nour al-Din al-Zenki group have shelled the western neighborhoods of the Syrian city of Aleppo, media report.

BEIRUT (Sputnik) – There were no immediate reports of damages or casualties as a result of the shelling, Al Mayadeen TV said.

© Flickr / Defence Images
Coalition Air Forces Strike Daesh Positions in Syria After Long Break – Reports
Aleppo was a major battleground in Syria between the government forces and militants for months. In November, Russia’s Defense Ministry found out that militants used poisonous chlorine and white phosphorus to create chemical weapons, the use of which is banned by the Chemical Weapons Convention.

On December 22, the Syrian army said it had taken Aleppo under the full control, bringing back peace and security to the embattled city.

The Syrian civil war has been ongoing since 2011. Government forces are fighting against numerous terrorist and opposition groups. The Nour al-Din al-Zenki group is considered "moderate opposition" by a number of Western states.