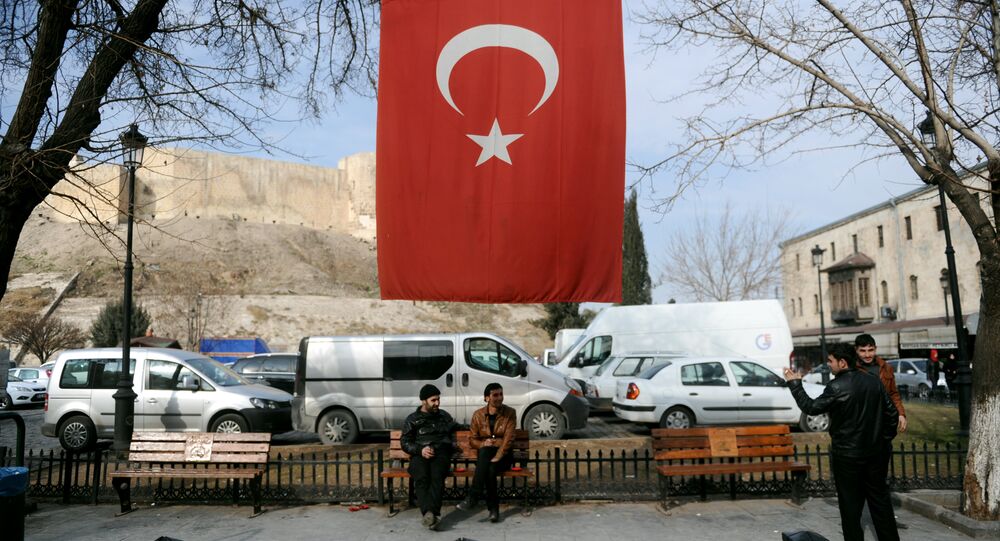 Potential amendments to Turkey's constitution proposed by the ruling Justice and Development Party (AKP) are a framework for introduction of dictatorship in the country, Ali Seker, lawmaker from the Turkish opposition Republican People’s Party (CHP) told Sputnik on Thursday.

MOSCOW (Sputnik) — Since December, the Turkish parliament has been discussing the AKP-proposed amendments to the country's constitution that could increase the powers of president. The CHP, as well as the pro-Kurdish Peoples' Democratic Party oppose the draft bill.

"The constitutional amendments proposed by the ruling party are the basis for introduction of dictatorship in the country, they are not aimed at solution to the problems, which are vital for Turkey," Seker said.

© AP Photo / Burhan Ozbilici
Sultan-Like Self-Importance: 'No One Can Object to Turkish Presence in Iraq'
He added that there was a numerous group of lawmakers in the legislative body, which was acting on behalf of President Recep Tayyip Erdogan and was trying to place the popular will under the president's control.

The controversial bill needs the approval of at least 330 members of parliament before it can be put to the popular vote in a national referendum. The AKP and the Nationalist Movement Party (MHP) supporting the amendment currently have 355 seats in the parliament.

Turkey Is 'One Step Away' From Dictatorial Powers for Erdogan