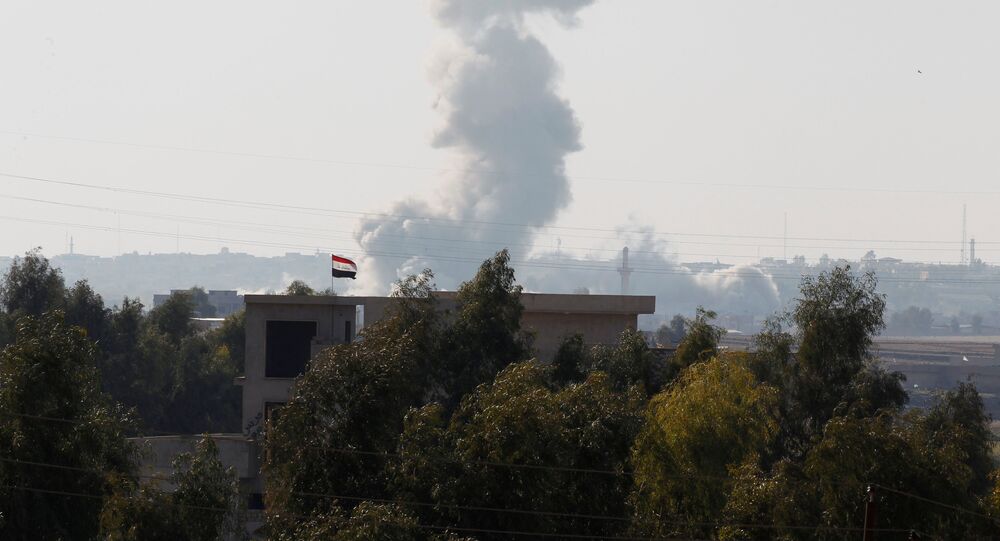 The US-led coalition carried out 26 airstrikes in Iraq and Syria on Monday, including seven near the Iraqi city of Mosul that destroyed numerous Daesh supply routes, the Operation Inherent Resolve joint task force said in a press release.

The US-led coalition of 68 nations has been conducting airstrikes against Daesh in Syria and Iraq since 2014. The strikes in Syria are not authorized by the government of President Bashar Assad or the United Nations Security Council.