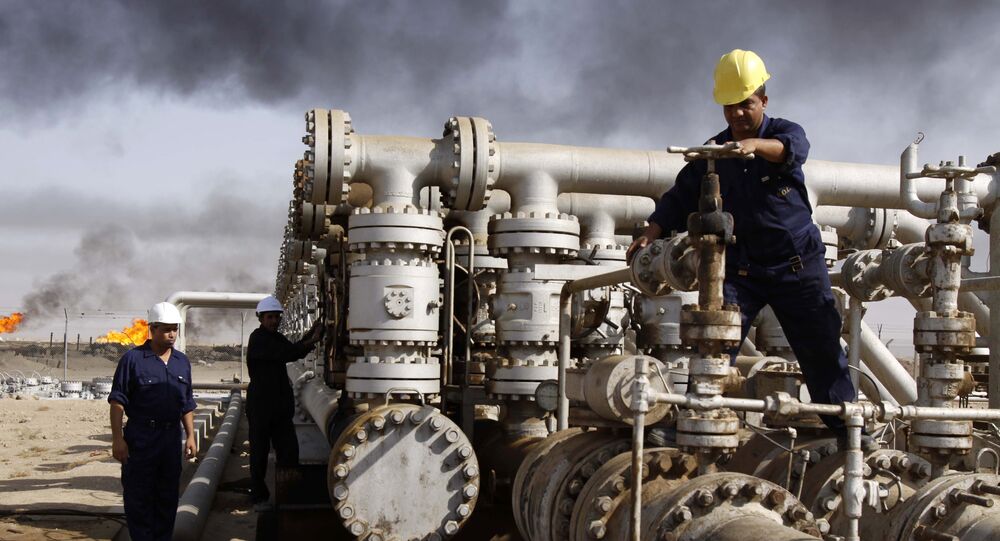 Iraq's oil exports via its southern terminals reached a record high of over 3.5 million barrels per day in December, the Iraqi Oil Ministry said Monday.

© REUTERS / Sergei Karpukhin
Iraq Oil Ministry Says for Stabilization of Oil Market in 1st Half of 2017
MOSCOW (Sputnik) — December's output increase to 3.51 million barrels per day does not interfere with the country's obligations to slash output under the Organization of the Petroleum Exporting Countries (OPEC) November agreement, the ministry said, as quoted by the Iraqi News website.

The ministry added that the global price spike in the wake of the output cut deal created a comfortable situation for Iraq.

© REUTERS / Leonhard Foeger
OPEC Confirmation of Oil Freezing Deal to Depend on Iraq, Iran
Iraq pledged to cut its production by 200,000 barrels per day to 4.351 million barrels per day in the first six months of 2017. The pledge came despite earlier requests to exempt the country from the deal as its economy had taken a hit from ongoing violence and terrorism.

The measure, which was under discussion for over a year before implemented, is expected to curtail the glut in global oil supply and bring oil prices to the level of $55-60 per barrel in 2017, compared with 2016 average of $34 per barrel.