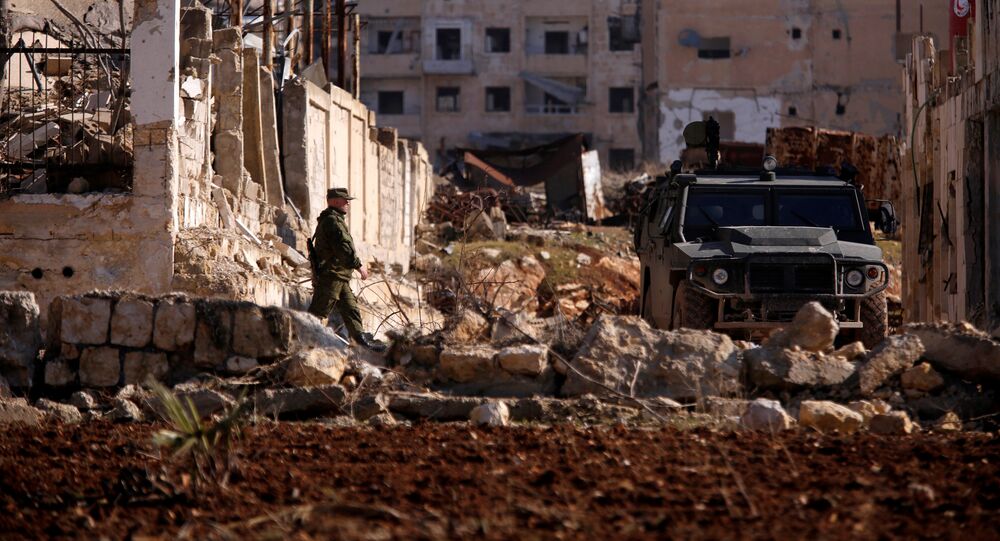 Ministry of defence of the Russian Federation
Russia Announces Further Syria Troops Pullout as New Ceasefire Holds
MOSCOW (Sputnik) — Russia is cutting its military presence in Syria in order to gain leverage over Iran and Damascus and encourage them to abide by the recently-established ceasefire, thus bringing the military success of its forces to a political level, opposition High Negotiations Committee’s (HNC) adviser Yahya Aridi told Sputnik on Friday.

Earlier in the day, chief of the Russian Armed Forces General Staff Gen. Valery Gerasimov announced that Russia had begun the planned reduction of its military presence in Syria with a Northern Fleet carrier group led by the Admiral Kuznetsov aircraft carrier.

"This Russian announcement of withdrawal of its military power could exercise some pressure on Tehran and Damascus]. … That could constitute some kind of leverage," Aridi said.

He added that if Iran and the Syrian government violated the ceasefire, "the result will backfire on Russia itself."

"The Russian work in Syria has succeeded in achieving the goals set. Now it has to come to fruition. Its fruit can be a political settlement. If the withdrawal is serious, strategic, it will coordinate this success with another success at the political level," Aridi said.

The decision to cut Russia's military presence in the Arab republic was made by Russian President Vladimir Putin at the recommendation of Defense Minister Sergei Shoigu on December 29.