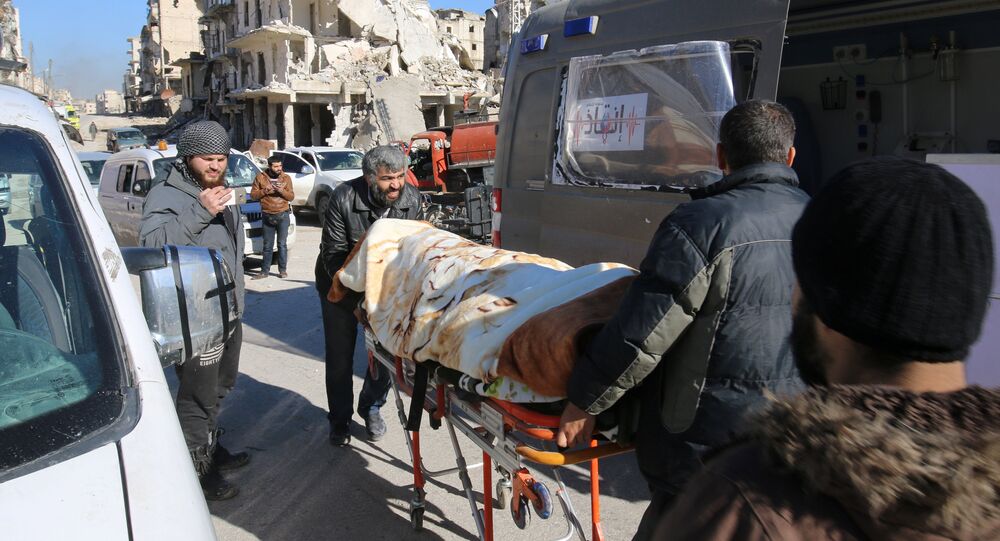 According to media reports, at least 30 civilians have been killed in an Daesh jihadist group attack in the northern Syrian town of Al Bab.

The attack was carried out on Sunday in the civilians' attempt to flee the Daesh-held town, the Daily Sabah publication cited the Turkish military as saying.

Dozens of people were reportedly injured as the terrorists were trying to prevent civilians from leaving the city by barricading the roads and setting up mines.

On Saturday, the Turkish General Staff reported killing 68 Daesh militants near Al Bab as part of the Euphrates Shield operation.

On August 24, Turkish forces, backed by US-led coalition aircraft, began a military operation dubbed the Euphrates Shield to clear the Syrian border town of Jarabulus and the surrounding area of the Daesh. As Jarabulus was retaken, the joint forces of Ankara, the coalition and Syrian rebels continued the offensive southwest.

The Islamic State, a terrorist organization outlawed in Russia and many other countries, has seized vast territories in Syria and Iraq in the last two years.

Turkey to Continue Cooperation with Russia in Fight Against Daesh - FM