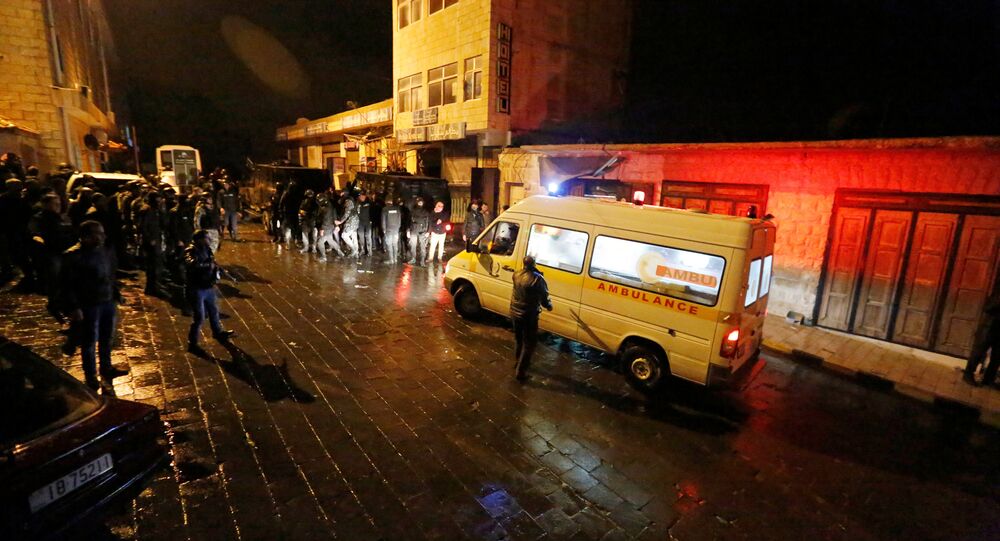 Two local people were killed as a result of the shooting, bringing the death toll of an attack on police officers by an armed group of unknown men in Jordan’s western city of Karak to seven, according to local media.

AMMAN (Sputnik) — Seven people were killed in an attack on police officers by an armed group of unknown men in Jordan’s western city of Karak, media reported Sunday.

© AFP 2020 / KHALIL MAZRAAWI
Five People Killed in Attack on Police Officers in West Jordan
Two local people were killed as a result of the shooting, bringing the death toll to 7. At the same time, several tourists are being held hostages in the medieval crusaders castle, surrounded by police forces, the Al Arabiya television channel said citing security sources.

Earlier in the day, a source told Sputnik that five people, including a tourist, were killed in the attack, which targeted a police station and a bus carrying tourists, adding that at least 9 people were wounded.

The source added that the attack may have been carried out by a terrorist cell.

Three US Troops May Have Been Deliberately Murdered in Jordan

Pentagon Probing Reports of 2 US Trainers Killed in Jordan - Spokesman