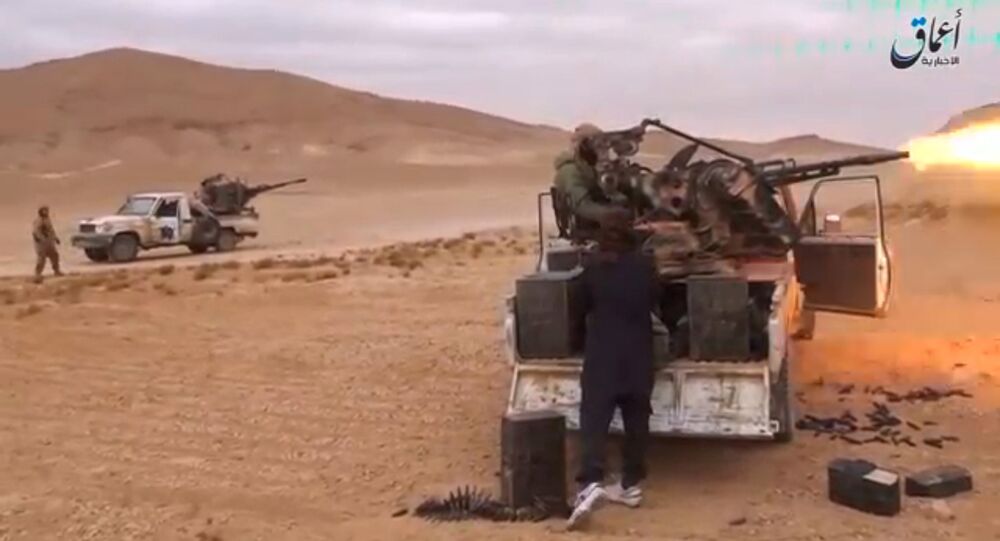 Daesh's attack on the Syrian city of Palmyra was marked by the use of "different and huge" manpower and firepower, signifying that terrorists were helped by several states, Syrian President Bashar Assad told the RT broadcaster.

MOSCOW (Sputnik) – On Sunday, Daesh terrorists recaptured the ancient city of Palmyra in Homs, Syria. According to various sources, the number of terrorists that took part in the storming of the city reached 5,000 including hundreds of suicide bombers and dozens of armored vehicles.

"They came with different and huge manpower and firepower that ISIS [Daesh] never had before during this attack, and they attacked on a huge front, tens of kilometers that could be a front of armies. ISIS could only have done that with the support of states. Not state; states," Assad said.

"So, it could only happen when they come in this desert with the supervision of the American alliance that's supposed to attack them in al-Raqqa and Mosul and Deir Ezzor [Deir ez-Zor], but it didn't happen; they either turned a blind eye on what ISIS is going to do, and, or — and that's what I believe — they pushed toward Palmyra," Assad added.