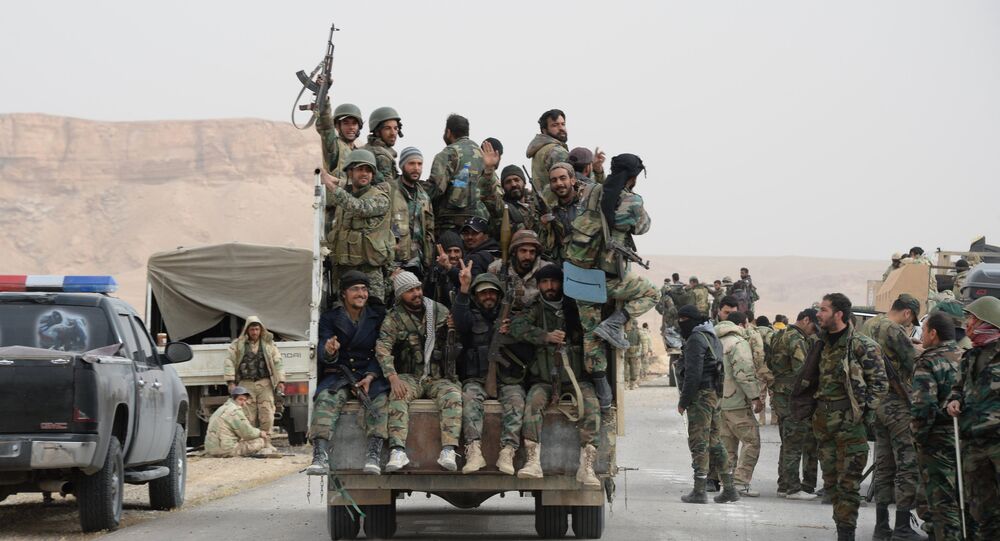 The Syrian army managed to repel a Daesh attack on Palmyra, regaining full control over the embattled city, a source in militia reported.

© REUTERS / Omar Sanadiki
Agents of Chaos: 'Just as Life in Syria Shows Promise of Getting Back to Normal, US Ramps Up War'
Earlier, it was reported that the Syrian armed forces together with local militias were engaged in fierce fights against the Daesh militants on the outskirts of the ancient city.

Prior to that, media reports emerged alleging that Daesh has reentered Palmyra after being ousted from the city by Syrian troops with air support from Russia earlier in the year.

“Let me repeat that Palmyra is under control of the army and militia. Daesh militants are carrying out intense attacks, but they have been repulsed,” the military source told RIA Novosti.

According to Al Masdar news agency, the Daesh terrorists that entered the city were forced to flee after the Syrian Air Force's jets supported by Russian aviation bombed them.

The Syrian Army with militias regained control over all slopes of the Tar Mountain near Palmyra. A number of the Daesh militants have also been reported eliminated.