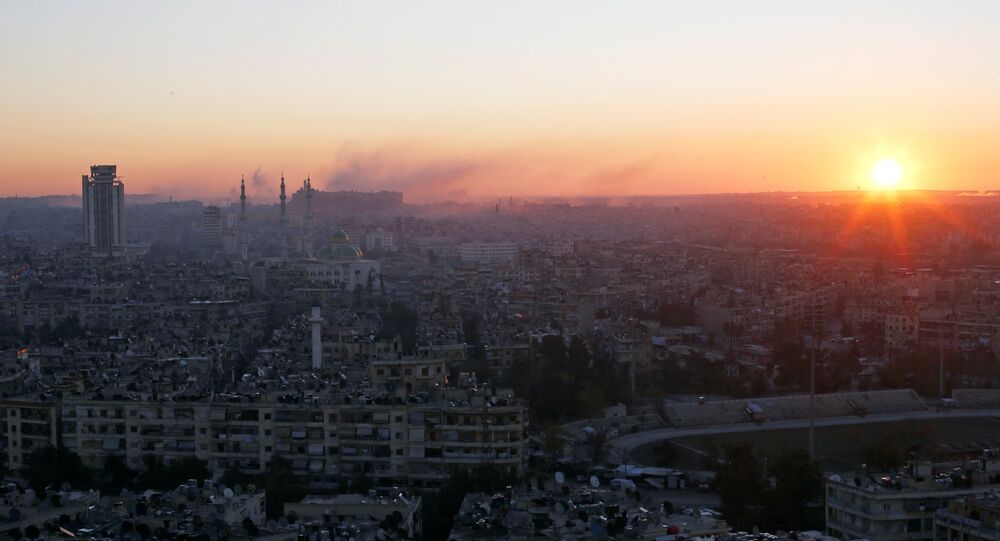 The Syrian army controls 93 percent of the whole territory of Aleppo, the Russian General Staff said.

"As a result of a successful advance, 52 districts of eastern Aleppo have been freed from militants. Over the past 4 days, territory controlled by militants decreased by one third. The Syrian army controls 93% of the city's territory," Sergei Rudskoy, the chief of the Russian General Staff Main Operational Directorate, said at a news briefing.

"Civilians who escaped from terrorists talk about new crimes committed by militants of the so-called moderate opposition in eastern Aleppo. Cases of torture, public executions and massacres of the population have been confirmed."

© REUTERS / Omar Sanadiki
Militants Who Refuse to Leave Aleppo Will Be Eliminated - Lavrov
Over 3,000 Aleppo residents returned to their houses in the city, Rudskoy said. He said that dozens of tonns of humanitarian aid are delivered to liberated Aleppo districts on a daily basis.

More than 1,000 militants have surrendered arms and left eastern Aleppo, 953 of them have been granted amnesty, Gen. Lt. Sergei Rudskoy said.

Russian and Syrian warplanes have not carried out airstrikes around Aleppo since October 18, he said.

"I emphasize that such results [in Aleppo's liberation] have been achieved only by Syrian army's ground forces."

According to Rudskoy, 21 facilities, including two schools and two mosques, have been cleared of explosive devices in Aleppo over the past 24 hours.

Over 1,040 settlements have joined the ceasefire in Syria, the General Staff said.

Ten Killed in Shelling of Aleppo by Militants - Reports