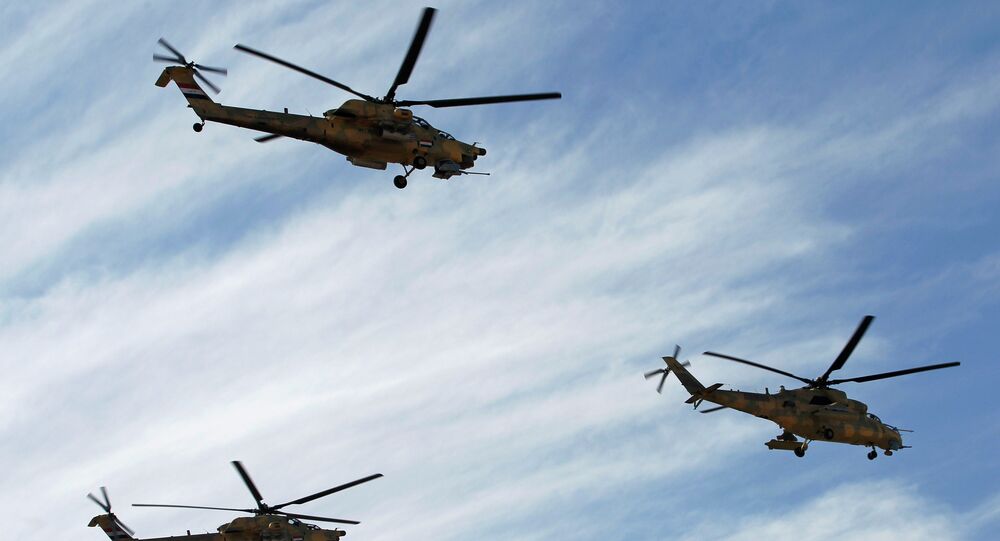 The command of the Iraqi armed forces on Thursday denied reports that it had mistakenly bombed civilian targets in the western town of Qaim, held by Daesh terrorist group.

© REUTERS / Alaa Al-Marjani
US Bombing Jihadists in Iraq ‘for Own Sake’ – Shiite Militia Commander
MOSCOW (Sputnik) — On Wednesday, media reports emerged that airstrikes on Qaim killed about 55 people, including women and children. Later in the day, a local official told Al Mada Press news agency that the strikes were carried out by the Iraqi Air Force.

"A fabricated story appeared on web pages and it was unfortunately picked up by other websites," the command of the Iraqi armed forces said in a statement published on its official Facebook.

It was also noted that the media could not have gained access to credible information on Qaim as the town is under control of Daesh.

The command stressed that the Iraqi Air Force acted in accordance with intelligence data, and stroke only positions of terrorists. The military hoped to eliminate up to 60 foreign fighters.