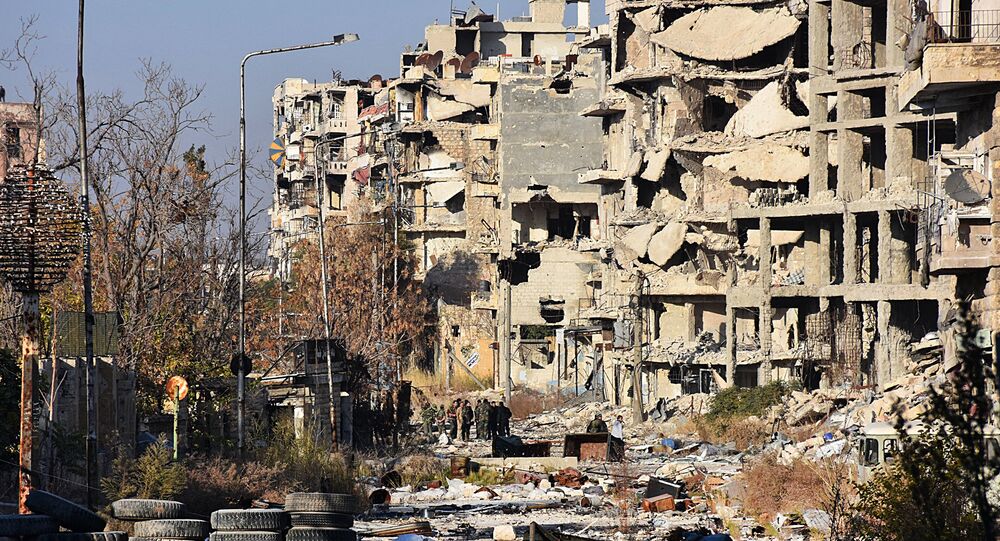 © REUTERS / SANA
Russia Proposes Creation of 4 Humanitarian Corridors in Aleppo - UN Syria Envoy's Adviser
MOSCOW (Sputnik) – The talks between armed opposition representatives and Russia will resume later in the day in the Turkish capital of Ankara, the Al-Watan newspaper reported.

Earlier in November, reports said, citing Turkish sources, that Syrian opposition representatives had met with Russian representatives in Ankara. The talks, brokered by Turkey and attended by Turkish-influenced groups, reportedly focused on negotiating a deal to end the conflict in Aleppo.

On Thursday, Samir Nashar, an opposition official from the National Coalition for Syrian Revolutionary and Opposition Forces confirmed that the talks had lasted for three days. Nashar said UN Special Envoy for Syria Staffan de Mistura's proposals on corridors to allow safe passage for civilians in exchange for a ceasefire were discussed but no deal was reached as fighters were set on continuing resistance.

Earlier in the week, Syrian government forces made major strides in east Aleppo, liberating almost half of the area by late Monday, according to the Russian reconciliation center in Syria.

Moscow Needs No Mediators in Talks With Syrian Opposition