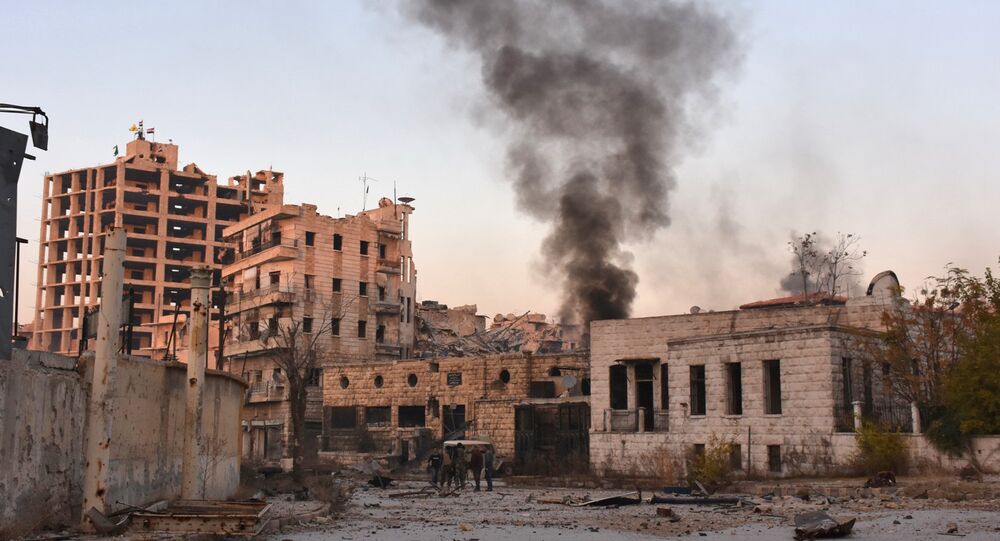 According to a French lawmaker, western media is biased in its coverage of civilian deaths in Aleppo.

© AFP 2021 / GEORGE OURFALIAN
Russia Expects UN to Step Up Efforts to Deliver Humanitarian Aid to E Aleppo
MOSCOW (Sputnik) – There is a bias in western media in the coverage of civilian deaths in the rebel-held eastern Aleppo and the rebel-targeted western part of the Syrian city, French lawmaker Nicolas Dhuicq told Sputnik.

"I think we witness a biased approach to information. Media coverage depends on whether the deaths occur in eastern or western Aleppo. The Western media focus on the deaths in eastern Aleppo but never cover western Aleppo. The media also did not report on Islamists using civilians as human shields and that they managed to hinder evacuation of families that were trying to flee the war … Any success of Bashar Assad is severally downplayed or met with opposition," Dhuicq, a member of the French National Assembly's defense committee, said.

The situation in Aleppo has been seriously deteriorating over the recent months. Thousands of civilians are trapped in the terrorist-besieged eastern parts of Aleppo with no access to food or water.

More than 6,000 civilians, including 3,113 children, have escaped terrorist-controlled areas of eastern Aleppo in the past 24 hours, the Russian Defense Ministry said Wednesday.