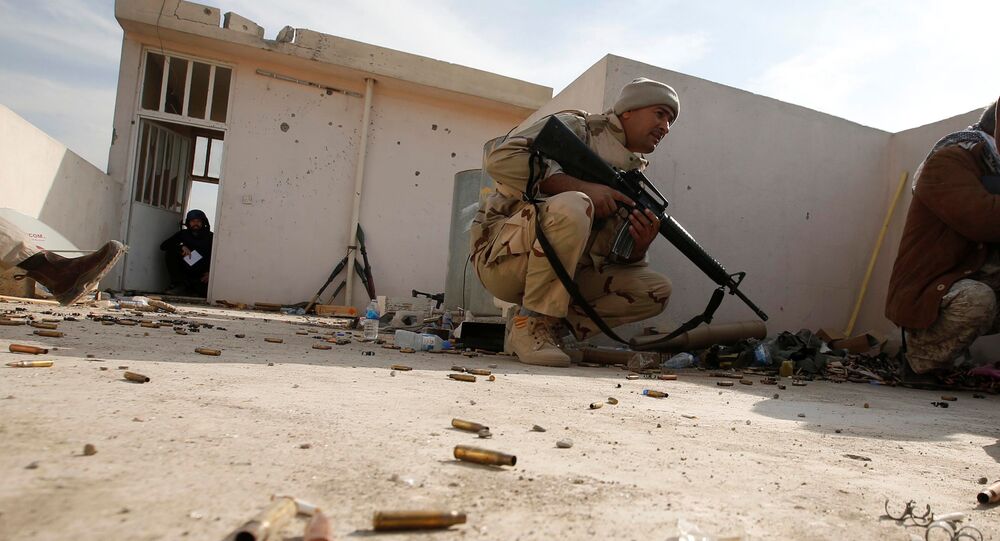 The Iraqi Counter Terrorism Service has liberated from Daesh militants over 600,000 residents in 25 districts of the city of Mosul, the service's commander Lt. Gen. Abdel Ghani Asadi said. He added that Iraqi special operations troops have killed about 1,000 Daesh terrorists since the start of the operation.

MOSCOW (Sputnik) — There is no concrete timeframe for liberation of the Iraqi city of Mosul from Islamic State militants, but it will not take a long time, he said.

"These are not regular battles with the enemy’s army, this is a partisan war. It is impossible to say when it will end, but soon," Asadi told RIA Novosti.

"According to our intelligence data, there are up to 6,000 Daesh terrorists in the city. But I believe this figure has been exaggerated despite the fact that our Golden Division has eliminated 992 terrorists and wounded 56 more," Asadi said in an interview with RIA Novosti.

On October 17, Iraqi Prime Minister Haider Abadi launched the operation to retake Mosul from Daesh. The operation began with 4,000 Peshmerga fighters and 30,000 Iraqi soldiers backed by the US-led coalition.

"The number of citizens who reside in the Mosul districts liberated by us this month exceeds 600,000 people."

"A small number of people fled the city. This was in the beginning of the operation. They wanted to leave their districts themselves. Now, a reverse movement has begun. The people are coming back to the districts which have already been liberated," Asadi said.

The Iraqi army and anti-terrorist unit managed to enter some of the eastern neighborhoods of Mosul, while Shiite militias try to liberate from the terrorists the strategically important city of Tal Afar, and to cut off supply routes for the Daesh militants located in Mosul.