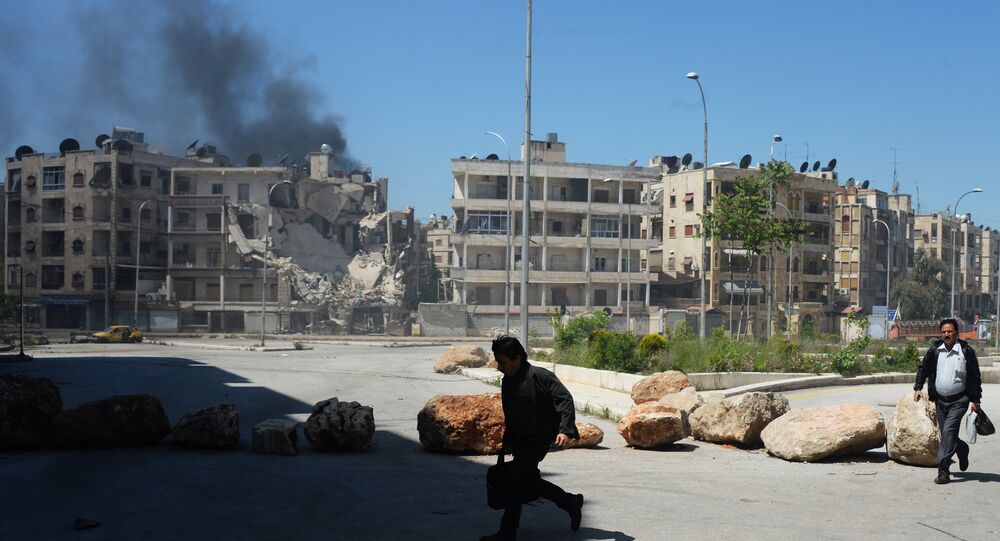 DAMASCUS (Sputnik) — At least three civilians were killed and 15 more injured in a rocket attack by militants on a residential area in the Syrian city of Aleppo, a local militia source told RIA Novosti on Saturday.

"Several shells fell today in the Maidan neighborhood, in the northern part of the city. According to our information, three civilians, including two women, are among the victims. In addition, at least 15 people were injured. The attack was launched from the territories controlled by the terrorists," the source said.

He added that the shelling had done considerable damage to the local infrastructure and civilian property.