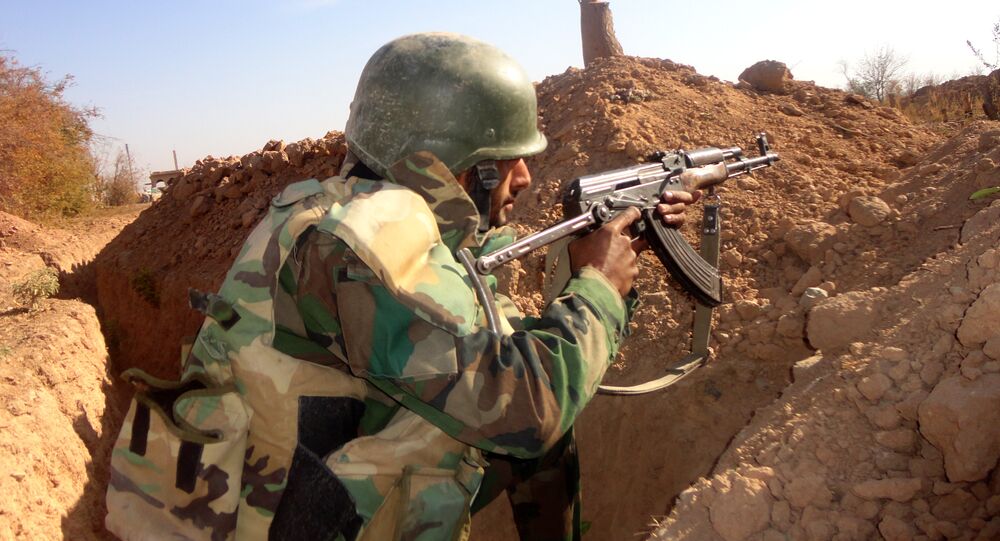 According to media reports, Syrian army achieved significant success in its offensive in the Masaken Hanano district, an important stronghold of insurgents in eastern Aleppo.

"Following fierce clashes which continued even during the night, the army retook more than 80 percent of the territory of Masaken Hanano. An offensive in several other regions of the city was undertaken simultaneously, leading to militants, unable to create new defense lines, fleeing," a source told Al Watan newspaper.

According to media reports, on Monday, Syrian troops supported by local militias managed to break through the key terrorist positions in the Masaken Hanano district, which leads to the eastern districts of Aleppo.

The Syrian civil war broke out in 2011, and has since developed into a bitter conflict between government forces, armed opposition and terrorist groups such as the Daesh and Jabhat Fatah al Sham, formerly known as the Nusra Front, both outlawed in a number of countries, including the United States and Russia.