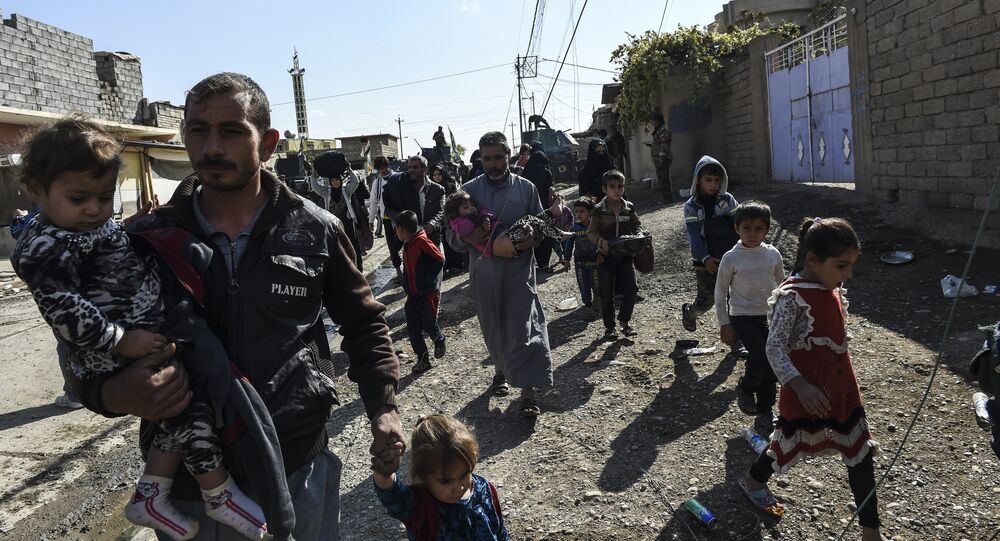 The US-led international coalition is disregarding the safety of civilians in its operation to free the Iraqi city of Mosul from terrorists, Russian Foreign Ministry Commissioner for Human Rights, Democracy and the Rule of Law Konstantin Dolgov said.

MOSCOW (Sputnik) – Dolgov stated in an interview with the Russian Izvestia newspaper that the US-led alliance fights battles in the vicinity of neighborhoods, neglecting safety of civilians.

"We have repeatedly said that during anti-terrorism operations issues relating to ensuring the safety of the civilian population must be taken into account. Russia and the Syrian authorities are doing that in Aleppo [in Syria]. As for Mosul, as far as we know, fighting is conducted next to civilian neighborhoods … there is a danger of growing harm for the civilian population if their safety is not taken into account, as far as we understand the coalition is not doing that," Dolgov said.

Russian Foreign Ministry's spokeswoman Maria Zakharova said on Thursday that the situation around Mosul was on the brink of becoming a humanitarian catastrophe.

According to Zakharova, some 70,000 residents had to flee the embattled city as a result of the offensive carried out by the US-led international coalition.