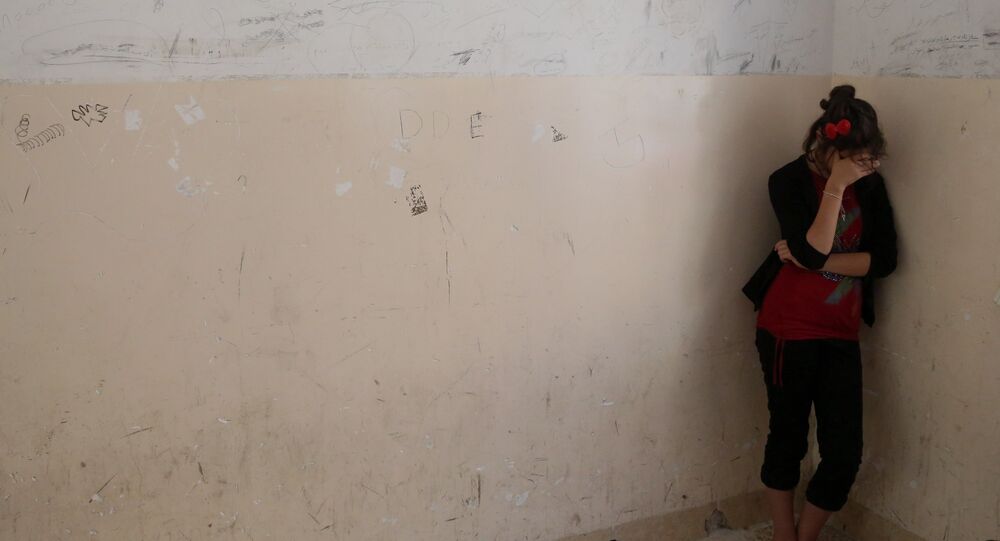 A group of 18 people, including Yazidi women and children, has been freed from captivity in Iraq.

Iraqi military forces freed a group of 18 people, which included Yazidi women and children, from captivity near Mosul.

According to Sputnik's source, the group was held on a farm in the area of Tal Afar town west of Mosul.

"When Iraqi forces started advancing, the terrorist who was guarding the farm fled. This made the process easier," the source told Sputnik.

© AFP 2020 / HAIDAR MOHAMMED ALI
19 Kurdish Women Burned Alive by Daesh for Refusing to Be Sex Slaves
All 18 people were then transferred to the town of Sinjar in the northwestern part of Iraq. They will soon be provided with medical and psychological help.