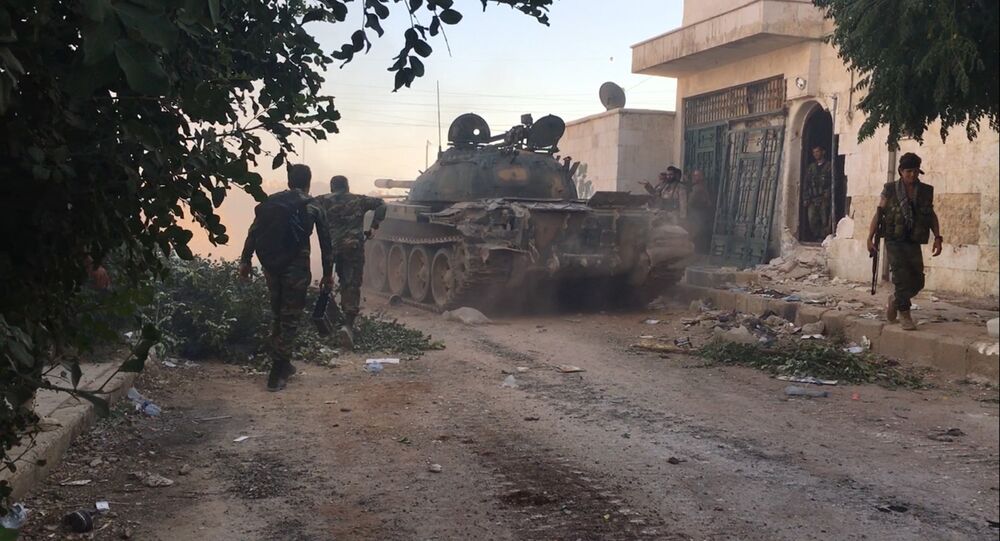 The Syrian Army and its allies launched a massive military operation in the town of Haraszti in the suburbs of Damascus. The area is considered to be a strategic point because a highway linking the capital with Homs passes through it.

A military source told Sputnik Arabic that the Syrian Army opened the first front line near the residential area of Al-Asad which connects the city of Haraszti and Douma.

“Fierce fighting broke out involving artillery and other weapons of the Syrian Army, which intends to destroy the forefront positions of the militants,” the source added.

Furthermore, the Syrian Army aims to safely evacuate civilians to Damascus through Haraszti. In this way, liberating the territory around the northern highway will allow the citizens a direct path towards the capital.

In the suburbs of Damascus, the Syrian Army is fighting various armed terrorist groups, among which the most active one is Jaysh al-Islam.

It Is Hard to Imagine Political Process in Syria Without Kurds

Assad Guarantees Most Favorable Conditions for Russian Projects in Syria